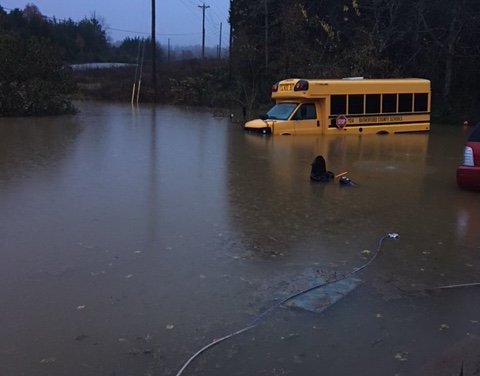 However, the National Weather Service reports rainfall estimates as much as four-to-six inches in a narrow band through north Rutherford County.

Flooded streets in that part of the county prompted Rutherford County Schools to cancel classes for Tuesday.

Two motorists were safely rescued from vehicles, one on Cainsville Pike and Lascassas Pike and a second one on Sulphur Springs Road and Buckeye Valley Road.

La Vergne spokeswoman Rachel Heggan says their Public Works department was busy dealing with flooded areas. Multiple road were closed off until flooding receded. Those who were temporarily displaced sought shelter in the city's multipurpose building located next to La Vergne Police station on Murfreesboro Road.

FLOODING REPORTED BY RUTHERFORD COUNTY SHERIFF'S DEPARTMENT AT 9:45AM

Roads with high water include:

FLOODING REPORTED BY RUTHERFORD COUNTY SHERIFF'S DEPARTMENT AT 7:30AM

Roads with high water include: