At Thursday’s March meeting of the Rutherford County Commission, the body issued a Resolution of Sympathy for Helen Blankenship, a Rutherford County School Board member and community leader who passed away March 5th.  She had served on the school board since 2012. 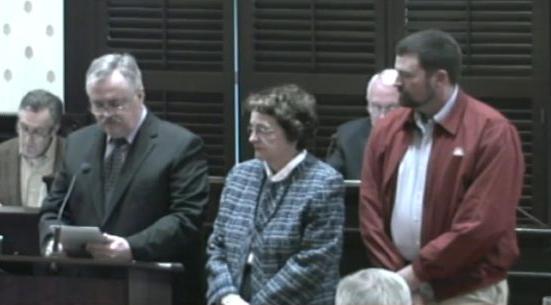 Commissioner Peay issues the Resolution of Sympathy for Blankenship's family.

The vacancy was also announced to fill Blankenship’s unexpired term on the board, representing Commission Districts 4-6-7, which expires in August of 2016.

Riverdale student Sean Kennedy was also acknowledged as a state champion wrestler, Brandon & Katherine Whitt were recognized as the winners of Young Farmers & Ranchers Achievement Award, and March was dedicated as American Red Cross Month, in honor of that organizations work in times of disaster and emergencies.  The county also accepted the 2013 SAFER Fire Grant, and approved funding for the Eagleville School, Phase I renovation and expansion, which will include 9 classrooms and 2 science labs, as well as more restrooms, offices, and band and chorus rooms at a total price tag of $6.8 million.  The motion was passed unanimously.  State Route 1 was voted to be renamed “The Gold Star Families Memorial Highway” upon request from American Gold Star Mothers and in order to support the efforts of the Tennessee General Assembly to honor fallen heroes and their families. 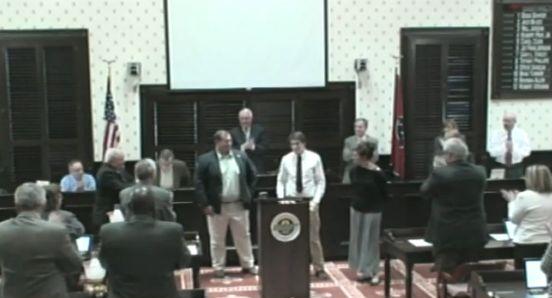