Heroin continues to be a problem in Rutherford County 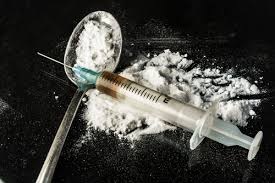 Heroin continues to be a problem in Rutherford County as seen in a recent overdose. The overdose occurred in a mobile home on Brinkley Avenue Tuesday morning.

When police responded to the call, paramedics were already on the scene treating the 19-year old who overdosed. The teen was transported to St. Thomas Rutherford Hospital, but his condition was not released.

Officers seized two syringes used by the 19-year old and placed them into the MPD property room.

According to a 2011 drug case from a federal court in Nashville, drug dealers are selling heroin in low doses for as little as $10. The drug is being marketed as an alternative to prescription drugs that are sold illegally on the street.