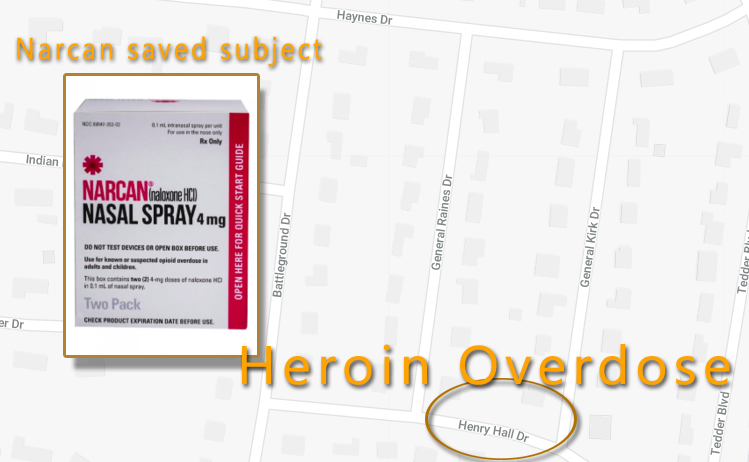 Murfreesboro Police responded to an overdose call on Henry Hall Drive between Haynes Drive and Tomahawk Drive in regards to an overdose on Tuesday, December 12, 2018.

Upon arrival, officers found that the 34-year-old man was not breathing. A drug called Narcan was administered and the subject quickly became conscious.

According to police, the man advised that he snorted heroin earlier in the day. However, no drugs or drug paraphernalia could be found at the residence. No charges were filed and the man was taken to Saint Thomas Rutherford Hospital.