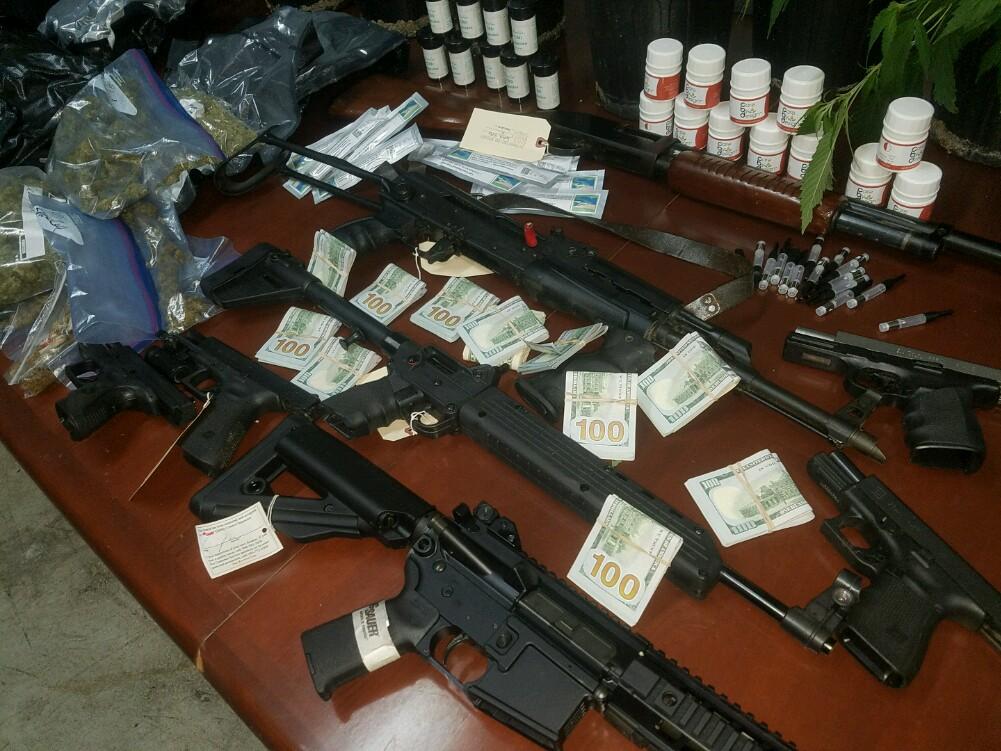 About $134,400 worth of high grade marijuana and eight firearms were confiscated from a La Vergne resident after a search warrant was served last week at his home, a Rutherford County Sheriff's narcotics supervisor said Monday.

Suspect Vincent Plummer, 54, of Waldron Road was charged with two counts of manufacturing marijuana, possession of a weapon in the commission of a felony, maintaining a dwelling for the use of drugs and felony possession of drug paraphernalia.

"We would consider him a substantial dealer," Lt. Mathis said.

Detectives confiscated 15 THC vapor smoking devices, four handguns, an AR-15 and AK-47 rifle, a shotgun and a sub rifle. Ammunition was found in the home.

"The guns were loaded and ready to go throughout the house," Mathis said. "The investigation is continuing."

Plummer was booked into Rutherford County Adult Detention Center. He was released on $39,000 bond. A hearing is set Jan. 18 in General Sessions Court.