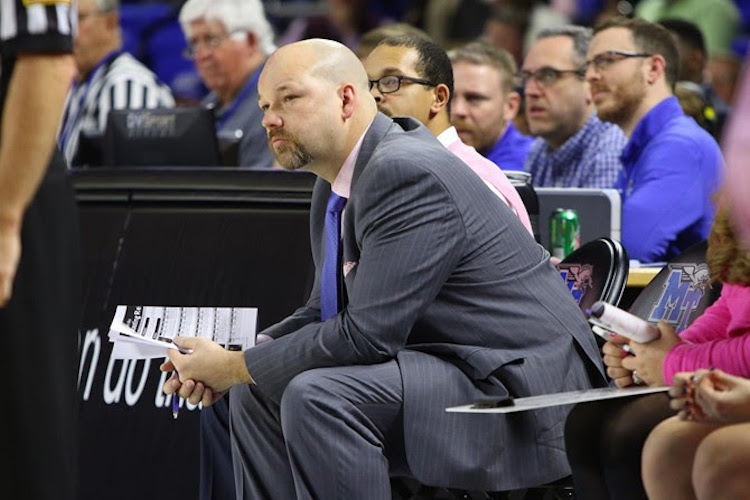 Hodges, who has served as an assistant at Middle Tennessee for nine of Insell's 12 seasons, said the decision to leave the coaching profession was difficult and the current opportunity to work alongside his father, Tommy Hodges, would be the only one that would have prompted him to consider a change in profession.

"This is an opportunity to continue the family name and legacy through the nine companies that my father has started and built and the transportation warehouse industry, including Titan Transfer and Goggin Warehousing," Hodges said. "It is an opportunity to work alongside him and learn the things that have made him successful in his time as my father transitions into full retirement."

Lady Raider Head Coach Rick Insell said Hodges had a significant impact on the Lady Raider program during his nine years in Murfreesboro.

"Tom Hodges has been an excellent coach, a very loyal and dedicated assistant, and someone who has greatly impacted what we have done here at Middle Tennessee," Insell said. "Coach Hodges has been part of several championships and big wins at Middle Tennessee. We will miss Coach Hodges and the impact he has made, but we also know he will still be coming around and supporting us ins different ways."

A native of Shelbyville, Tenn., Hodges spent two different stints with Middle Tennessee. He was previously a member of Insell's staff from 2005-10 before leaving to become head coach at Morehead State. Hodges returned to Middle Tennessee for the 2014-15 season and just completed his ninth season overall with the Lady Raiders.

Hodges was part of eight conference championships, five trips to the NCAA Tournament and four trips to the WNIT during his tenure.

"I would have never sought another coaching job," Hodges said. "This is home for us and the only place we wanted to coach. It is the only place we saw ourselves being involved in athletics. This is a unique situation and opportunity. The only thing that would take us away from Middle Tennessee was this type of opportunity."

Hodges' will be employed at Middle Tennessee through July 1.