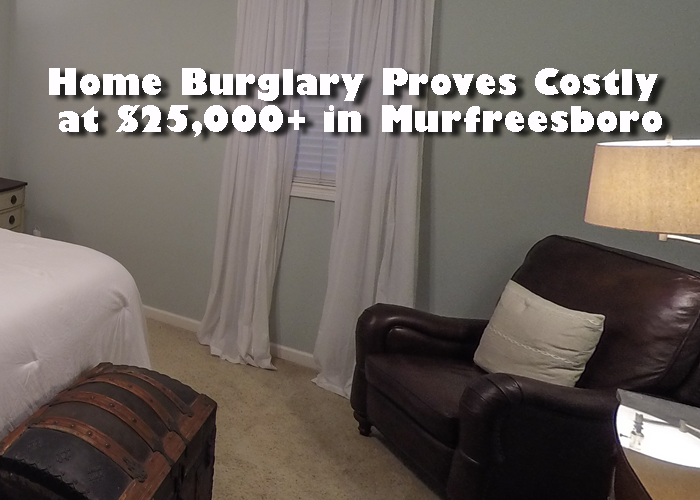 A home on Hannah Drive in Murfreesboro was broken into, while the resident was inside. The woman told authorities she heard someone say "No" and then heard a toilet flush. The problem is, she was supposedly the only one home.

The victim later found that a window was tampered with and her jewelry was missing.

A call to the police led officers to her back porch where a shotgun was found along with a TV. Officers also took an inventory of what was stolen from the woman's house.The 48-year-old told police the unknown culprits took $20,000 worth of jewelry, 11 designer purses and wallets valued at about $5,500. Two boxes of Bath and Body Works products were also stolen along with clothing.

At this point, it is unknown who broke into the house that is on Hannah Drive off of Brinkley Road. The theft value rings in at over $25,000.