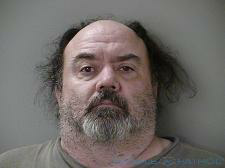 A 49-year-old Murfreesboro man who faced multiple charges of "Sexual Exploitation of a Minor" has been convicted and sentenced to prison in a Rutherford County Courtroom.

Shawn M. Costales was originally named as a suspect in a case in July of 2016 when a coworker found his cellphone in a work truck. The co-worker saw that images of child pornography were in the phone and quickly called police. Evidently, the suspect accidentally left the phone behind when getting out of the truck.

Murfreesboro Detective Tommy Roberts attempted to get Costales to meet with him and discuss the images found on the phone, but the local truck driver refused. When an officer went to the suspects home on West College Street, Costales was found to be "Packing his car to move," according to a police report.

After a search warrant was signed to look through the phone, the device was taken to a police lab to properly comb through any potential evidence and Costales was not yet arrested.

During the search of the phone a police report shows, "Hundreds of images of child pornography, from toddlers to pre-teen, were immediately found on Mr. Costales cellphone." Police immediately went back to the home to arrest Costales, but he was already gone.

With the help of the TBI, US Marshals and the Dorchester County Sheriff's Office in South Carolina, Costales was picked up in Ladson, South Carolina and transported back to Murfreesboro.

When the suspect appeared in court just before Christmas he plead guilty to all but two charges against him. He was then sentenced to 8 years in prison.