A joint investigation by the Nashville, Franklin and Brentwood police departments into a rash of trailer thefts culminated in the arrest of five persons, two of whom are Smyrna residents and the recovery of a cache of stolen merchandise.

Undercover detectives in Nashville were led to a home on Lawson Road in Smyrna while conducting surveillance where they recovered stolen dollies and trailers. Arrested were...

Thus far, this theft ring has been linked to seven trailer thefts, three in Nashville and four in Williamson County.  In addition, as part of the continuing investigation, South Precinct detectives today discovered that a yard and duplex at 808 Drummond Drive was being used to store, or perhaps “fence,” stolen trailers and merchandise.  Several stolen trailers, some of which had already been repainted, were recovered from the property, as were stolen professional lawn mowers, trimmers and a scooter.  Recovered from inside the duplex were power tools, air compressors, chain saws and other equipment.  A resident at 808 Drummond, Eliseo M. Rodriguez, 39, was arrested.

All five persons taken into custody are charged in Nashville with felony theft.  Additional charges are anticipated. 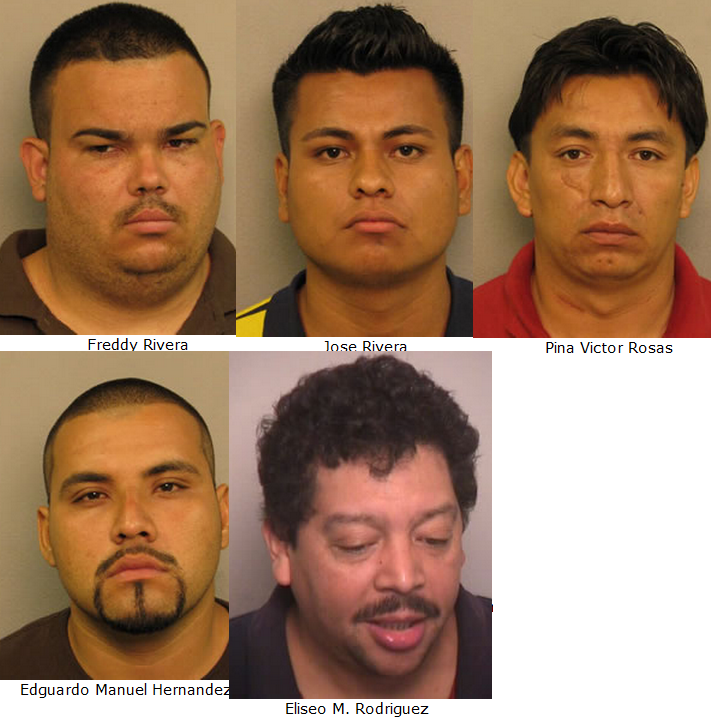