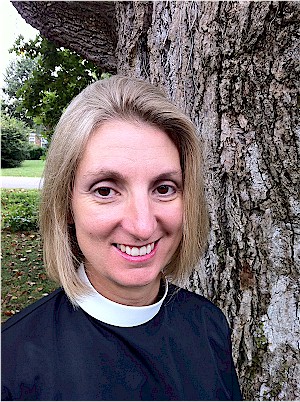 The little stone church on Cason Lane has a big day this coming Sunday as Holy Cross Episcopal Church welcomes its new vicar, The Rev. Carolyn A. Coleman. Planted as a mission by Episcopal Diocese of Tennessee Bishop Bertram Herlong in 2000, Holy Cross suffered a split in 2008, which left only seven members to decide its fate. Those seven decided that God had a dream for Holy Cross to become a community that welcomes, as their mission statement reads, “all who seek grace and peace in conversation and communion with Jesus Christ.”

Since 2008, Holy Cross has grown exponentially from seven to just under 90 members. Under the leadership of interim vicar The Rev. Bill Dalglish, Holy Cross is active in serving the community of Murfreesboro in myriad ways, such as providing Christmas gifts for older adults, school supplies to Hobgood Elementary and directing the children’s collection to various community groups voted on by the children themselves.

One of the most prominent ministries of the church is the annual BachFest music competition that awards generous scholarships to local high school and MTSU students. BachFest comes out of Holy Cross's rich tradition of lively music on Sunday mornings.

“I’m incredibly excited about this community. I’ve never encountered the kind of loving openness and welcome than I have thus far in my encounters with the people of Holy Cross,” Rev. Coleman said.  “The church's diversity of members—former Roman Catholics, Baptists, Church of Christ, Methodists, unchurched—is what makes Holy Cross so very unique. Our liturgy reflects this variety, being welcoming and familiar, especially to those who have found church alienating or less than satisfying.  Perhaps because of its fractious history, Holy Cross stands upon a Christ-centered foundation that empowers its people, its ministers, to do God’s work of healing this broken world.”

Coleman is a native Nashvillian, and recently returned to Tennessee with her husband and two young daughters after thirty years away. A graduate of Boston University School of Theology, Coleman was ordained to the priesthood in the Diocese of Maine in 2007. There she spent three years as Canon Pastor at the Cathedral Church of Saint Luke where she focused her ministry on Christian Education for children, youth and adults, preaching and pastoral care.

“I am passionate about the Church’s response to climate change and how individuals and local communities can empower themselves to contribute sustainable solutions,” Coleman said.   Coleman also has a strong background in comparative religions, especially Islam and Hinduism.