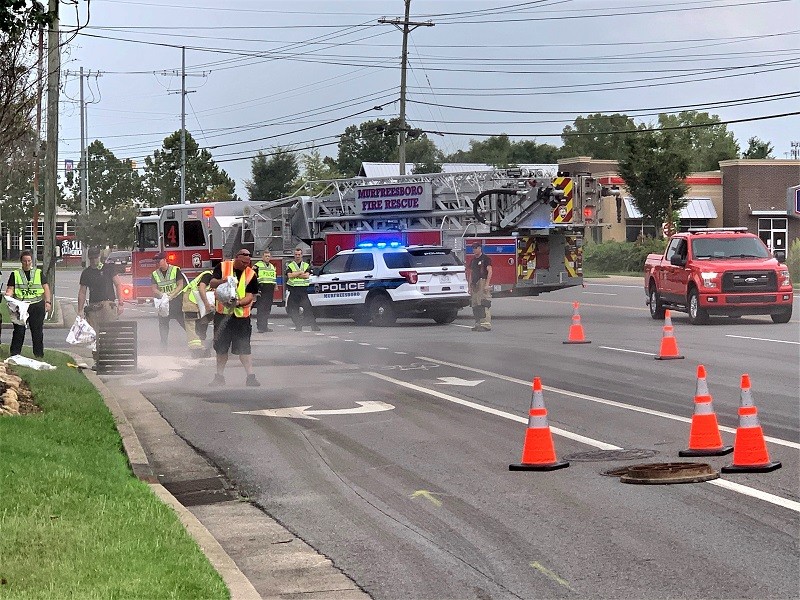 (MURFREESBORO)  Around 3:08 Monday afternoon (8/31/2020) a call came into the 911 control center that there was a gas spill from a tanker refueling the Exxon service station on Thompson Lane at Robert Rose Drive.

Both northbound lanes of Thompson Lane (traveling from Old Fort Parkway towards Broad Street) were detoured through Walmart for several hours while the spilled gas from the tanker truck was removed.

Flowers explained, "The hazmat crews were able to clean-up the gas spill by flushing i out of the storm drain with water. Oil dry and booms were used to absorb any remaining gas."

There was great teamwork between several local agencies.  Special thanks to Murfreesboro Fire and Rescue, Murfreesboro Police Department, and Rutherford Emergency Management Agency.

Evergreen AES (American Enviro-Services) and Premier Truck & Trailer Service were the outside businesses that assisted with the clean-up on Thompson Lane Monday evening. 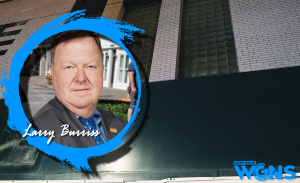 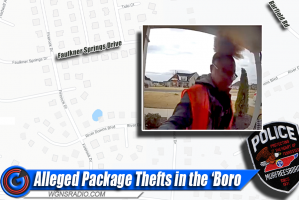 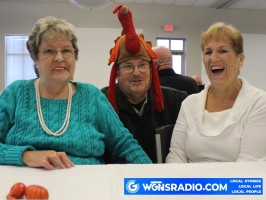