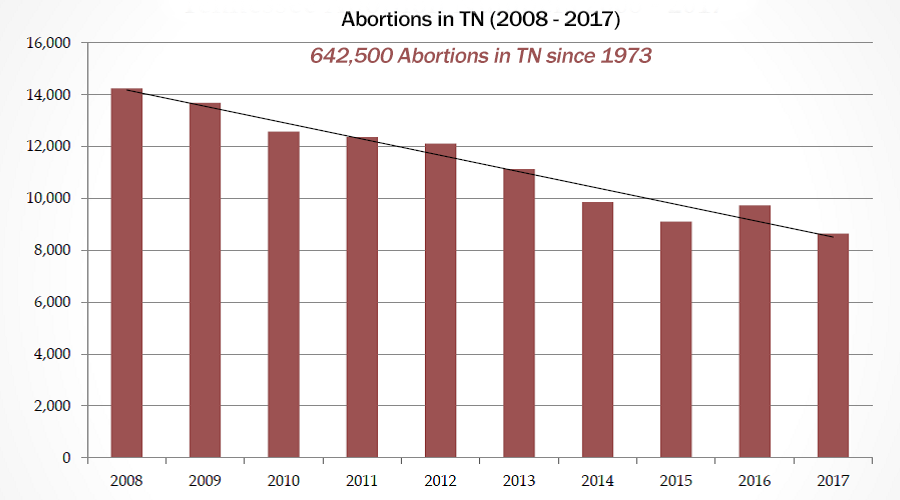 Information from TN Right to Life

This common sense policy, in effect since 2015, has resulted in the saving of countless unborn lives and a lack of regret by mothers who had time to further consider her decision following provision of informed consent information. The extra 48-hours also allowed mothers the opportunity to identify life-affirming resources in her community or region.

"Not only is this decision a slap at Tennessee's abortion-vulnerable women, it is an affront to Tennessee's voters who passed a 2014 constitutional amendment in which allowing a short waiting period was a key factor," said Brian Harris, president of Tennessee Right to Life. "Our organization remains committed to seeing a similar statute drafted and enforced during the next legislative session," said Harris.

Judge Friedman in his ruling states "the mandatory waiting period is...gratuitously demeaning to women who have decided to have an abortion...provides no appreciable benefit to fetal life or women's mental and emotional health. On the contrary.....place women's physical and psychological health and well-being at risk."

Present during the 2019 court hearings, Tennessee Right to Life heard testimony from Dr. Priscilla Coleman, Bowling Green State University Professor of Human Development and Family Studies, that 25 - 40% of women seeking abortion arrive at the abortion facility undecided and through her research has found that information and time benefit women.

"This waiting period law was drafted in consultation with nationally renowned legal scholars in order to mirror similar laws across the country. We have no doubt that the Sixth Circuit will swiftly overturn Judge Friedman’s ruling.” said Will Brewer, legal counsel and legislative liaison for Tennessee Right to Life.
Tags: abortion Nashville right to life Tennessee TN Washington
Sections: News