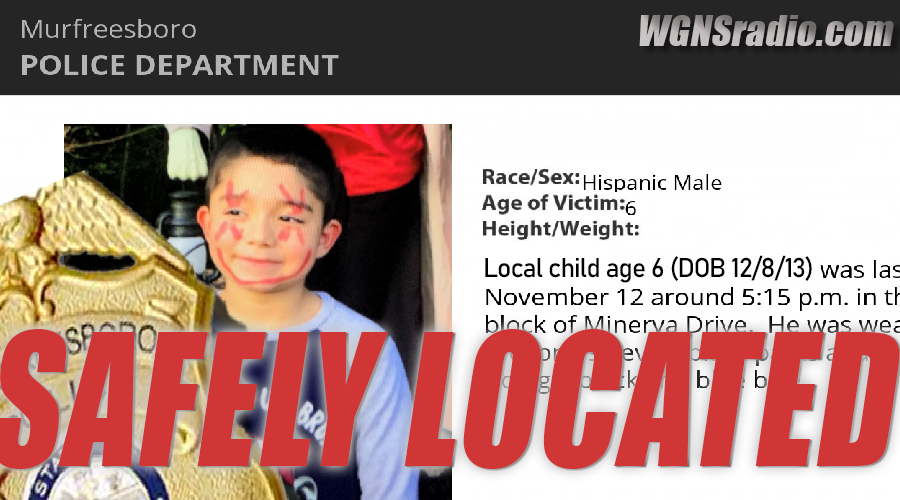 A “Be On the Lookout (BOLO)” was issued Thursday evening for a MISSING JUVENILE in Murfreesboro, but later cancelled.