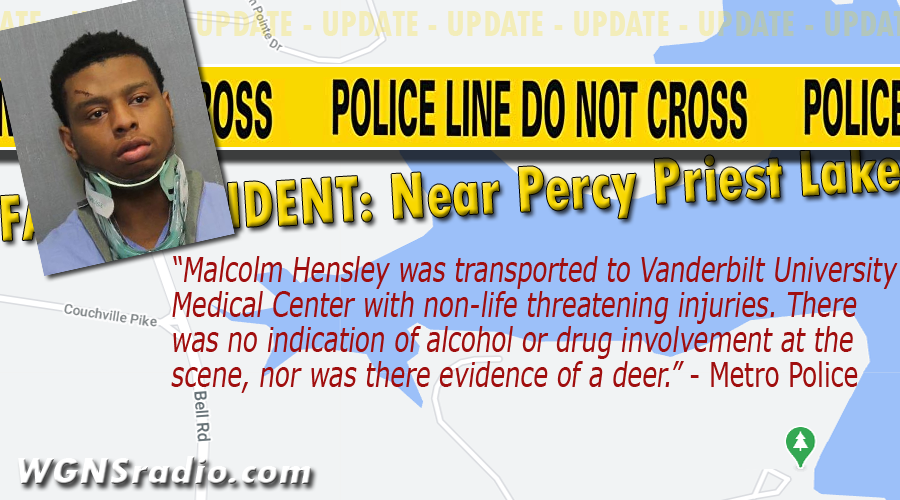 Malcolm Hensley, 21, is now jailed on charges of vehicular homicide and felony aggravated child abuse in connection with this morning’s single-car crash on Bell Road near Couchville Pike that killed his 4-month-old son, Messiah.

Hensley was arrested this afternoon upon his discharge from Vanderbilt University Medical Center. The decision to charge Hensley was made after crash investigators reviewed the circumstances of the collision with the District Attorney’s Office.

The 2008 Ford Focus Hensley was driving failed to negotiate a curve, traveled off the right side of the road and crashed into a rock wall at 1:50 a.m. Hensley claimed that he swerved to avoid a deer in his path; however, there was no roadway evidence to indicate a swerve.

When the Nashville Fire Department arrived on the scene to extricate Hensley from the car, which had overturned onto its left side, they found him in the driver’s seat with Messiah in his lap. Hensley said Messiah was in a child safety seat at the time of collision, although the safety carrier was found face down against the rear driver’s side door and not secured to the rear seat. An infant bottle was found on the driver’s floorboard.