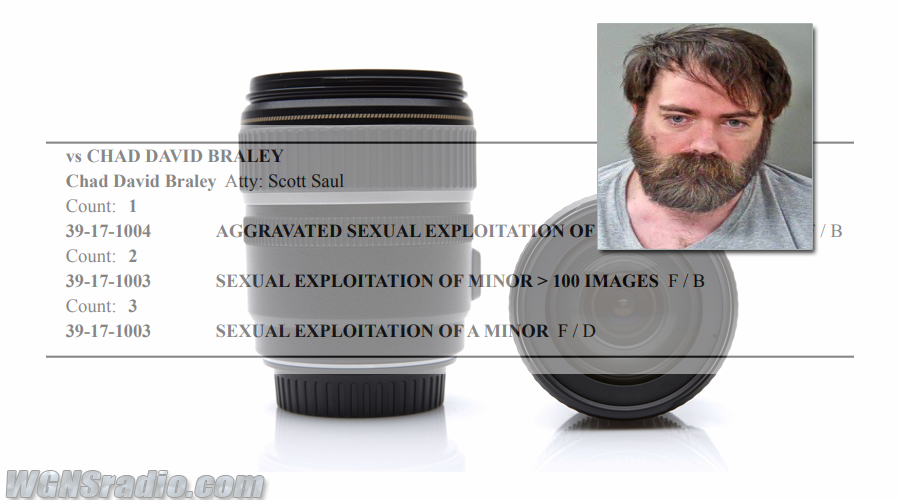 A suspect by the name of Chad David Braley has been arrested in Rutherford County for crimes that targeted children.

To be charged with “Aggravated” Sexual Exploitation of a Minor, a person must have knowingly promoted, sold, transported, or exchanged obscene materials showing a child engaged in sexual activity.

Braley was arrested under a sealed indictment that was served this past June. Again, he is scheduled to appear in court this Friday (12/11/2020).