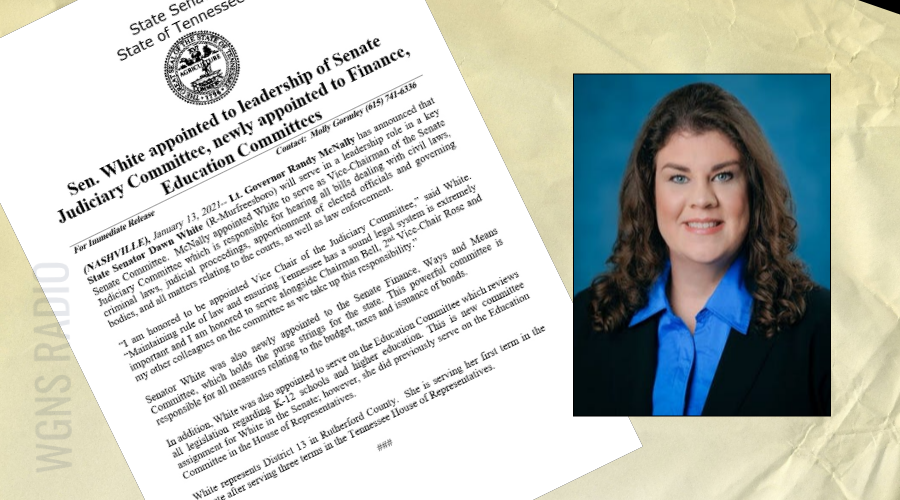 UPDATE:  Lt. Governor Randy McNally has announced that State Senator Dawn White (R-Murfreesboro) will serve in a leadership role in a key Senate Committee.  McNally appointed White to serve as Vice-Chairman of the Senate Judiciary Committee which is responsible for hearing all bills dealing with civil laws, criminal laws, judicial proceedings, apportionment of elected officials and governing bodies, and all matters relating to the courts, as well as law enforcement.

“I am honored to be appointed Vice Chair of the Judiciary Committee,” said White. “Maintaining rule of law and ensuring Tennessee has a sound legal system is extremely important and I am honored to serve alongside Chairman Bell, 2nd Vice-Chair Rose and my other colleagues on the committee as we take up this responsibility.”

Senator White was also newly appointed to the Senate Finance, Ways and Means Committee, which holds the purse strings for the state. This powerful committee is responsible for all measures relating to the budget, taxes and issuance of bonds.

White represents District 13 in Rutherford County.  She is serving her first term in the Senate after serving three terms in the Tennessee House of Representatives.