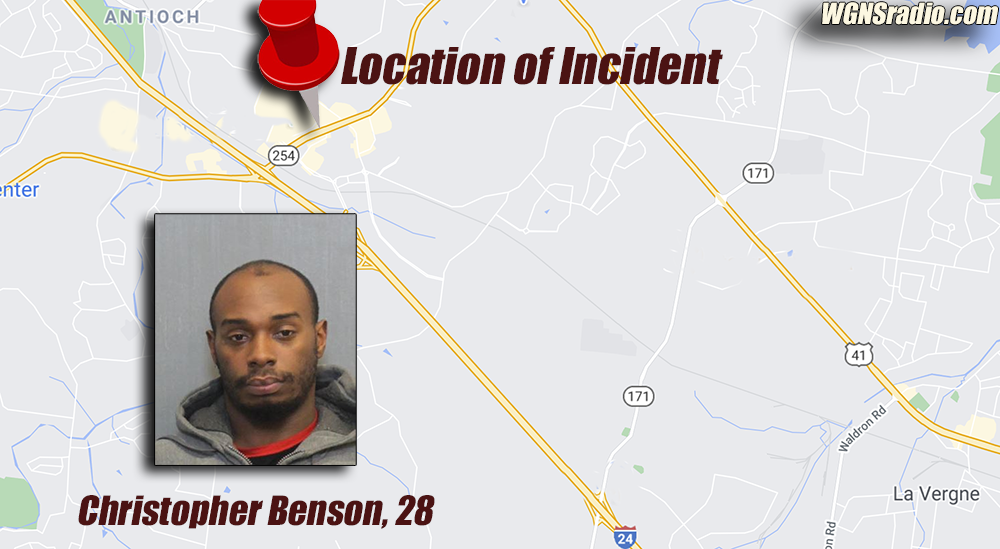 28-Year old Christopher Benson was taken into custody this past Thursday (1/21/2021) on a grand jury indictment charging him with attempted rape and sexual battery for the February 2020 stranger sexual assault of a 13-year-old boy inside a restroom at the Southeast Community Center, 5260 Hickory Hollow Parkway.

Benson is accused of forcibly fondling the victim in a bathroom stall at the center. The child fled and immediately told his father who was also at the center. They then reported the incident to security personnel.

Investigation by Youth Services Sex Crimes Detective Aaron Jones led to the identification of Benson as a suspect. Efforts to locate him were unsuccessful until this morning. Officers arrested Benson at 1:30 a.m. after responding to a call about a suspicious vehicle in the area of Harrington Avenue and Gallatin Pike. When officers approached the car, Benson fled on foot. He was quickly taken into custody.