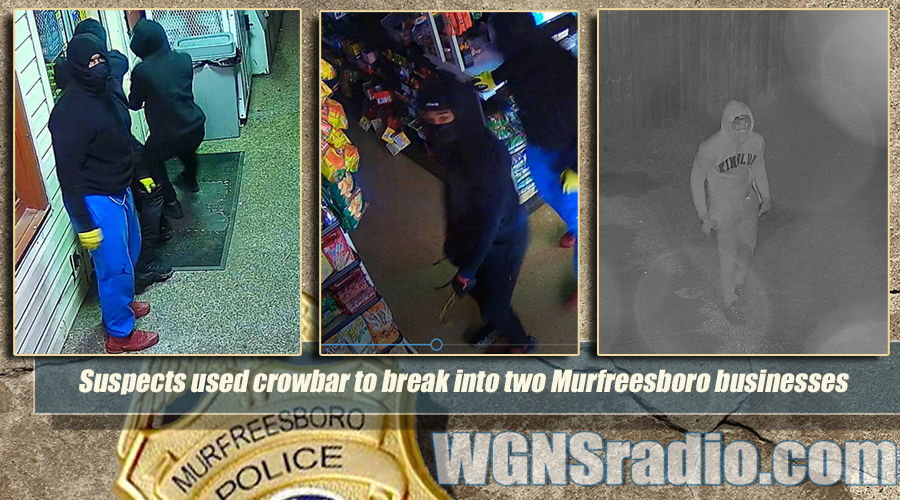 The first burglary occurred at the Quick Stop Food Mart, 760 E. Northfield Blvd., around 3:15 a.m. The suspects stole money from the cash register and kicked in the door to an office, stealing more cash.  They were in and out within about a minute.

About 23-minutes later, the same suspects are believed to have committed a second break-in at the MGM Market located at 2415 Halls Hill Pike Suite A. Once at the second store, the burglars took cash from the register before leaving the business.

The burglars appear to have been driving a newer model gray Dodge Charger in both burglaries.

Once captured, the suspects could face burglary, theft of property, and vandalism charges.

If you know who these individuals are, please contact Detective Dominik Riley at 629-201-5613 or email at 0921@murfreesborotn.gov.