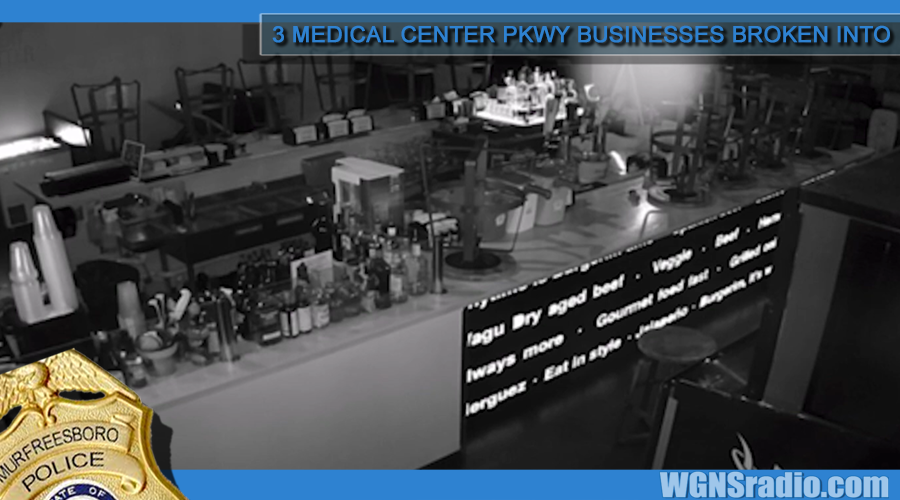 The suspect stole a drawer from a cash register from one business, forced open other registers looking for cash, and a took a safe from another business.

BELOW - Video captured in one of the three businesses burglarized:

Anyone with information is asked to contact Criminal Investigations Division Detective Ed Gorham at 629-201-5507 or email 0300@murfreesborotn.gov.