As a not-for-profit electric cooperative, Middle Tennessee Electric (MTE) is exempt from certain types of taxes, but it is still one of the largest taxpayers to local governments through the ad valorem tax.

The Latin phrase ad valorem means “according to value.” MTE’s infrastructure, including buildings, substations, transformers, poles and lines, must be assessed annually to determine the amount to be paid. Local governments then use the revenue generated from the ad valorem tax for operations and programs to help meet the needs of the community’s residents.

This year, MTE will pay more than $5.9 million in ad valorem taxes to local governments in its service area. The individual payments range from several thousand to millions of dollars, depending on the total amount of assessed property located in a particular county and to the cities within those counties.

“This is yet another way Middle Tennessee Electric fulfills its commitment to those we serve,” said Chris Jones, MTE President/CEO. “One of our founding principles is Commitment to Community; this commitment has been a cornerstone for Middle Tennessee Electric for more than 80 years. As a not-for-profit cooperative business focused on member satisfaction, MTE is proud to be a responsible corporate citizen in our communities.”

When Rutherford County is paid ad valorem taxes, the county will receive $1,856,128.

Each city/town will receive:

When the ad valorem tax is paid to the Rutherford County Government in 2022 for the 2021 tax year, it will include the value of the assets acquired through the merger with Murfreesboro Electric Department (MED). The county stands to receive an estimated $1 million more in tax revenues than it was previously receiving from the property tax payments of the two electric utilities combined. Previously, MTE and MED combined to pay Rutherford County about $3 million in taxes each year. MTE estimates they will pay about $4 million a year going forward.

The increase will stem from the State of Tennessee Property Assessor’s standard process of calculating MTE’s increased value and tax bill this year. “This is a process we go through annually, and it is tightly defined by state law,” Jones said. “As our electric system grows, our value and tax bills increase, and for Rutherford County, we anticipate an increase of about $1 million as a result of our larger combined system. This is yet another example of value for the community created by the merger with MED.” 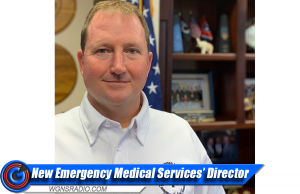 Gas Prices this week in Tennessee are down 3.2-cents per gallon
Toot's Fundraiser brings in OVER $8,500 for less fortunate children in Rutherford County to shop for Christmas