Man Convicted of Aggravated Rape that took place in a Smyrna, TN Home, Represents Himself in Appeal 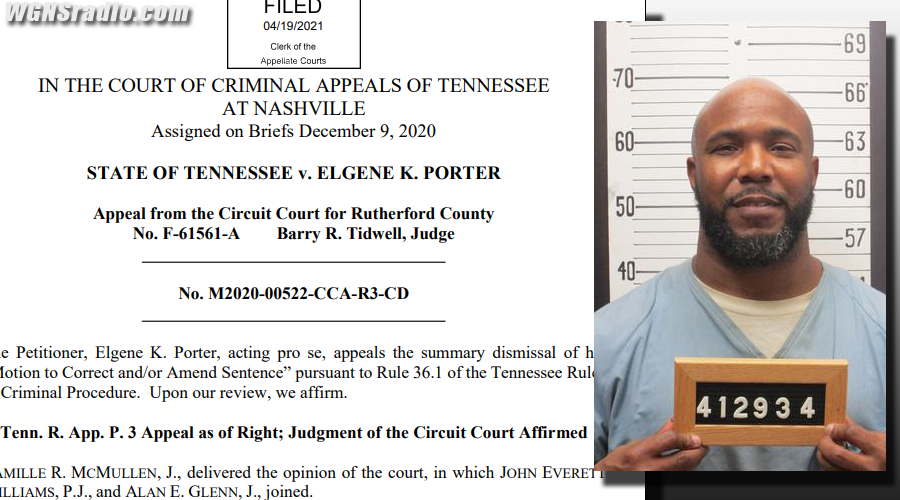 A convict being held in a Tennessee Department of Corrections prison represented himself when filing an appeal to his case that stemmed from a conviction in a Rutherford County courtroom.

Porter, who previously lived on Center Pointe Drive in Murfreesboro, was convicted for the rape of a woman whose two-year-old daughter was nearby as the attack took place. Evidently, the mother who was in her mid-twenties at the time, was attacked at gunpoint and bound in duct-tape in her own home by Porter.

Porter and two accomplices ransacked the Smyrna home after breaking into it, an ordeal that lasted over three hours.

The State came back with dismissing Porter’s motion because he failed to state a colorable claim for relief under Tennessee Rules of Criminal Procedure 36.1.