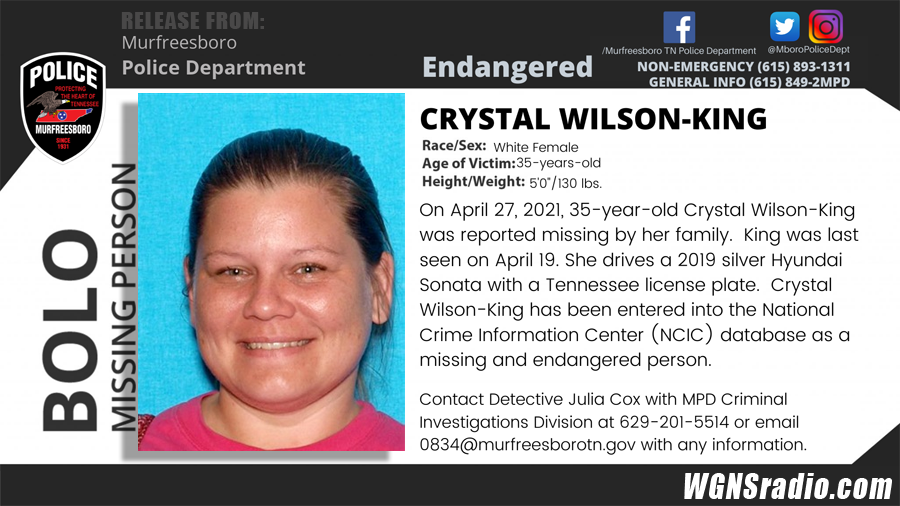 In Murfreesboro, a 35-year-old woman has been reported as MISSING and possibly ENDANGERED. Police say family filed the report on Wednesday, April 27, 2021.

Authorities told WGNS NEWS that the missing woman drives a 2019 Hyundai Sonata that is silver in color. The sedan has a Tennessee license plate, but the plate number has not been released.

Crystal Wilson-King has been entered into the National Crime and Information Center (NCIC) database as a missing and endangered person.

If you know of the woman’s whereabouts, officials ask that you contact Detective Julia Cox with the MPD Criminal Investigations Division at 629-201-5514 or email 0834@murfreesborotn.gov.