THANK YOU for Identifying Suspect! 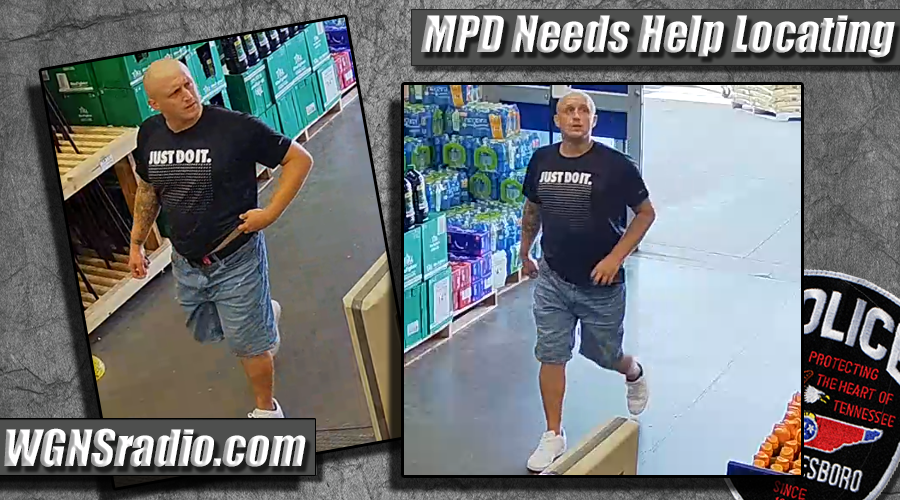 Thanks to your input, Murfreesboro Detectives have identified the man accused of shoplifting from Lowe’s on Old Fort Parkway. The BOLO has been cancelled and a warrant for the suspect's arrest has been issued.

Authorities told WGNS NEWS that the incident occurred on July 5th (2021). Police say the unidentified man walked into Lowe’s and allegedly stole a Kobalt 4-Outlet Cord with Reel and a Kobalt 10-Outlet Power Strip. The items were valued at $423.34.

Again, MPD Detective Ed Gorham says the man has been identified and a warrant has been issued for his arrest.