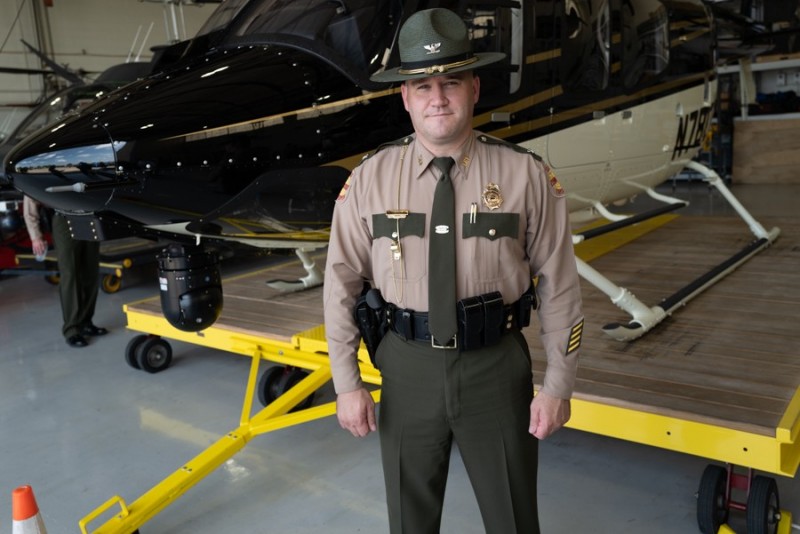 Listen to the FULL WGNS Interview above this story.

The Tennessee Highway Patrol is hiring 100+ State Troopers within the upcoming weeks and months...

That was THP Colonel Matt Perry.

Reports indicate they are looking to fill numerous positions, which start with the same basic training program, similar to military bootcamp. Captain Shane Stafford told WGNS about the first few days of training...

As far as what to expect once you become a State Trooper - - Sgt. Andrew Perez said that drugs on the interstate are one of the problems that officers face when making a traffic stop...

Of course, drug trafficking is just one of the crimes that Troopers see day-in and day-out on Tennessee roadways.

Troopers also save lives as they are often the first emergency worker on the scene of accidents, fires and more.

To take the first step in becoming a Tennessee State Trooper, visit TN.gov/safety and fill out an application today.

A FEW FUN FACTS IN TENNESSEE:

SEIZING A VEHICLE: Did you know that a person’s vehicle can be seized in Tennessee - if that person is convicted of DUI and gets caught driving with a revoked driver’s license two times or more? But, one of the issues with seizing a vehicle is that the majority of drivers don’t own a vehicle that is paid off. In other words, if a vehicle is financed and money is owed on the car or truck, it is not as simple as seizing the vehicle, because the bank still has rights to that vehicle.

PROTECTING THE GOVERNOR: The THP is in charge of protection detail for the Governor of Tennessee, the First Lady, the Attorney General and the Speaker of the House, just to name a few. Furthermore, when a high-profile government official from another state visits Tennessee, the THP coordinates the protection of that individual with police from the visiting state.

SPECIAL OPERATIONS: There is a full aviation unit within the THP that is responsible for all air support and any other aviation related responsibility that assists the Department of Safety and Homeland Security and other public safety agencies. The unit utilizes its helicopter fleet for both criminal and non-criminal searches, hoist rescue, tactical operations, stolen vehicle location, marijuana eradication, and other tasks. Helicopters are equipped with various types of equipment, including Forward Looking Infrared (FLIR) cameras, search lights, LoJack receivers, and the Downlink system. THP helicopters also oversee missions involving Marijuana Eradication, which is an issue in Tennessee.

Hear the WGNS interview with the TN Highway Patrol on WGNSradio.com today.