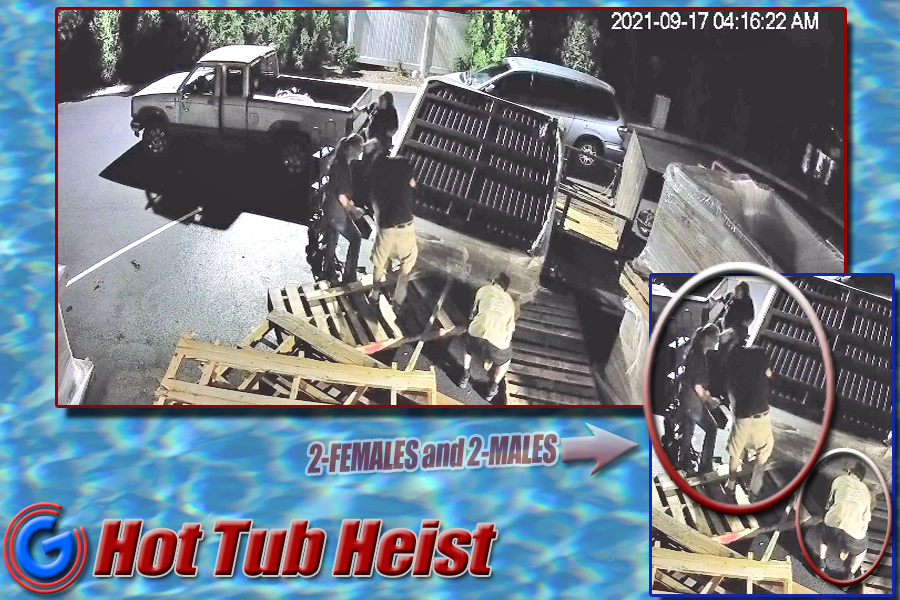 There’s something about climbing into a hot tub during the cold months of winter that is not only soothing, but also therapeutic. However, the cost to buy, install and maintain a hot tub is not cheap; which could be the motivating factor behind two men deciding to actually steal a hot tub from a Murfreesboro business.

The theft happened during the early morning hours of Friday, September 17th.  It likely took a little planning to pull it off, because the hot tub that was stolen from Aqua Spas on South Church Street probably weighed well over 300-pounds.

The MPD Property Crimes Unit now needs the assistance of the community in identifying the individuals who stole the hot tub from the business.

Surveillance photos show two men and two women working together to load the hot tub into a trailer. Photos also show that the truck pulling the trailer appeared to be a late 1980’s Ford Ranger.

Time stamps on the videos released to police indicate the theft took about one hour, between 3:10AM and 4:10AM. Video also proves that he two women seen in surveillance video arrived and left the scene in an older minivan, silver in color.

Scroll down for more photos... 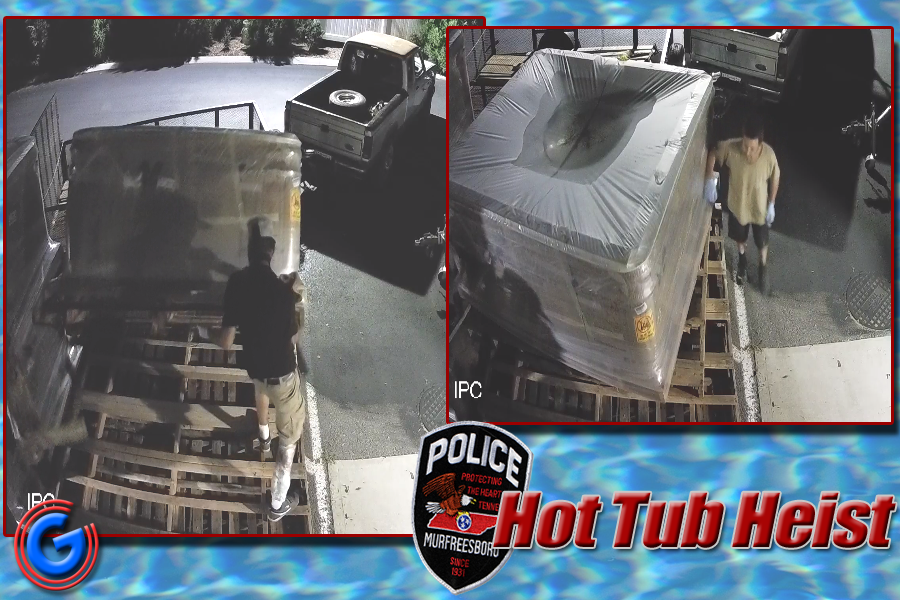