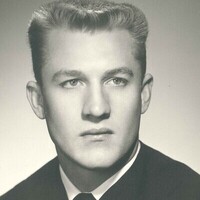 Former Riverdale football coach Dean Fisher has passed away at the age of 84. He became the Warrior's head coach in 1984, succeeding their first coach Phil Watts. He coached from 1984 until 1989 with a record of 34-30.

Fisher went to Sparta High School and later played football at the University of Tennessee. The 1956 UT team that went 10-1, was led by Heisman Trophy runner up Johnny Majors, played in the Sugar Bowl, and finished number 2 in the country, behind Oklahoma. He and the Vols also played in the 1957 Gator Bowl. In 1958, he transferred to MTSU, where he was part of the 1959 Blue Raiders that went 10-0 en route to a Tangerine Bowl victory.

Fisher is survived by his children Chris, Jon and Mary Lynn as well as many grandchildren.