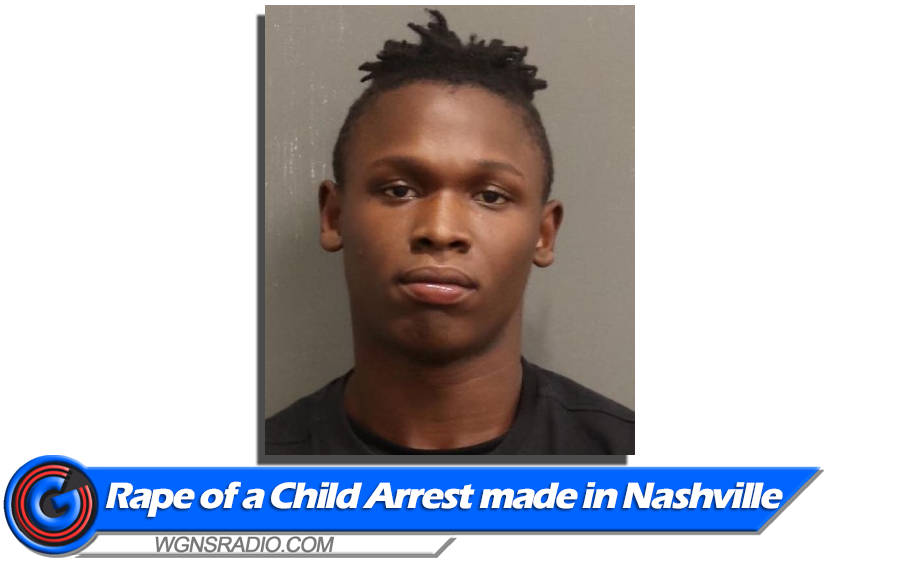 On Monday night in nearby Nashville, detectives apprehended a 19-year-old suspect with three outstanding warrants, including one for raping a child.

Trevaun Glenn was arrested after he attempted to flee from detectives, according to Metro Police.

Authorities report that a 12-year-old victim came forward last week stating Glenn had been raping her for almost a year and threatened her, and her family, with a pistol.

Glenn was wanted for rape of a child, aggravated assault and coercion of a witness.

Scroll down to continue reading about the arrest made in Nashville on Monday...

During the arrest on Monday night, Glenn allegedly tried to elude detectives after they attempted to apprehend him. The TITANS Unit instructed Glenn to stop and get out of the car. Police report that Glenn and his passenger backed into concrete pillars in the parking lot of the apartment complex before a detective immobilized his vehicle. Glenn and his passenger were taken into custody.

At the time of his arrest, the suspect reportedly had 2.5 grams of cocaine and 4.5 grams of crack cocaine in his jacket, both tested positive for fentanyl. Detectives added that he was also armed with a Glock 45 and an AR-15 in the car.

Glenn now faces additional charges of evading arrest by motor vehicle, felony possession of a weapon and felony drug cocaine possession. He is currently being held on a $140,000 bond.