Child who was part of a Nationwide Amber Alert Safely Located 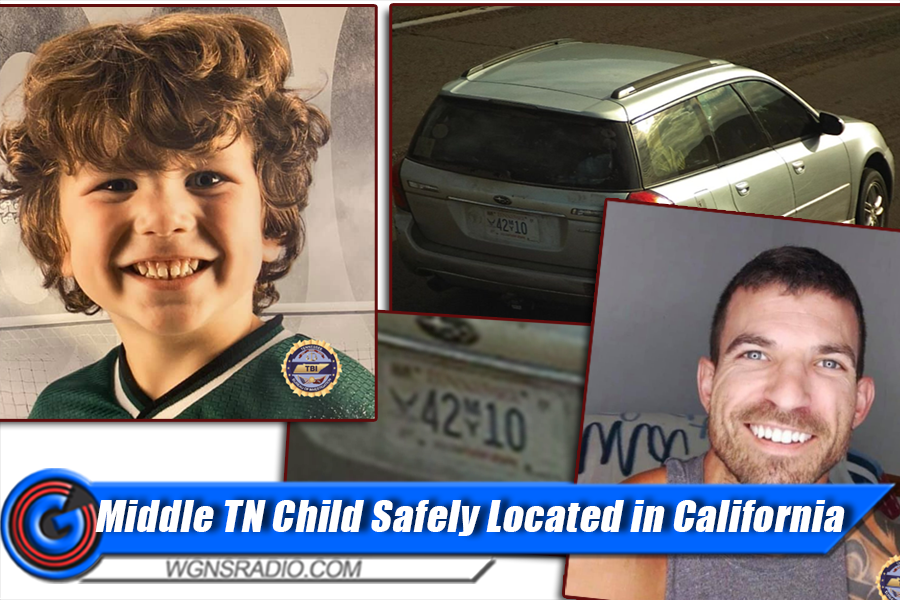 If you see the above persons or car, call 911 immediately. If you have information about the case, call 1-800-TBI-FIND.

The young Gallatin boy who was recently a part of a Nationwide Amber Alert has been safely located. 3-Year-old Noah Clare and his 16-year-old cousin Amber Clare were found safe in California.

The adult who was believed to be with the two children was Noah's father Jacob Clare. Reports now indicate he has been apprehended.

Evidently, Jacob did not return Noah to his mother on November 7th. Several days later on November 11th, the three were caught on a surveillance camera in San Clemente, California. Around the same time, the Subaru that Jacob was driving was impounded.

The three were safely located on Thursday, November 18, 2021.

The TBI reports the child may be with Jacob “Jake” Clare, who is 35-years-old and stands at 6-foot 7-inches tall and weighs 200 pounds. Jake Clare may be driving a 2005 Silver or Grey Subaru Legacy with Tennessee Tag “42MY10.”

A charge of especially aggravated kidnapping has been issued in this case.

UPDATE: At 1:30 on Tuesday, the TBI reported that the Subaru Jake Clare may be driving was last seen in the past week in Arizona.

Can You Help Authorities?