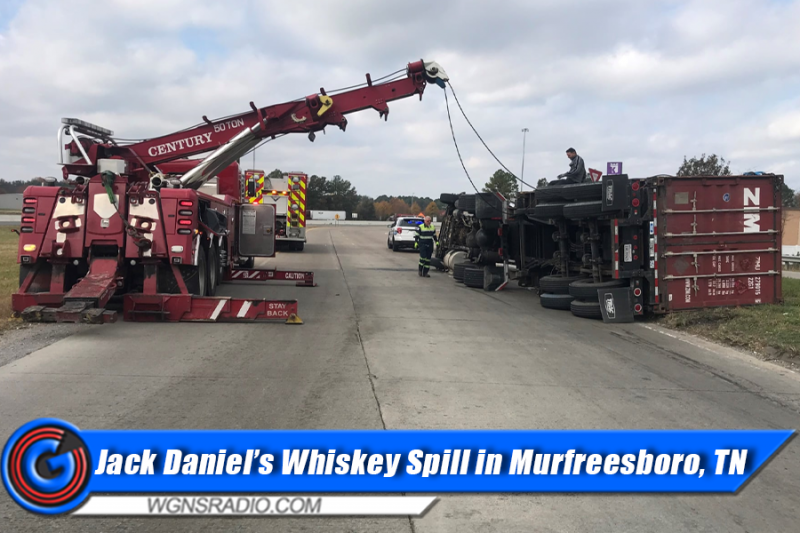 A semi-truck that was loaded with $400K worth of Jack Daniel’s Whiskey overturned in Murfreesboro on Thursday (11/18/21). The accident occurred after the load shifted as the driver was making a left turn onto the I-24 on-ramp on S. Church Street around 9:30 Wednesday morning.

Police report several gallons spilled onto the ground as the truck was up righted by a wrecker.

Prior to the accident, the load of whiskey was picked up in Lynchburg, TN and on its way to Nashville. The whiskey was scheduled to be dropped off at a railroad terminal and eventually to a ship to be transported to Israel.

The driver was not injured.