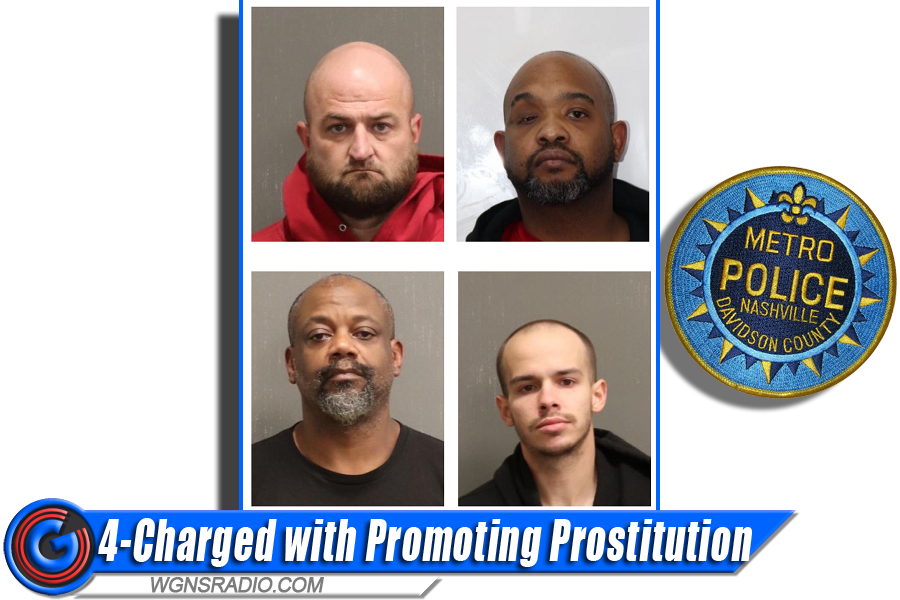 In nearby Nashville, four men from Woodbury, Nashville and Goodlettsville, TN have been arrested and charged with “Felony Promoting Prostitution.” The arrests occurred during an undercover operation this past Thursday by Human Trafficking detectives with the Metro Nashville Police Department.

The four men who were arrested:

During the operation, undercover detectives responded to internet sex ads. The four men arrested allegedly drove the women to hotels in the Rosa Parks Boulevard and Vantage Way area – reportedly to meet with clients. However, those alleged clients were undercover officers.

Scroll down for more details on this story and arrest information...

Advocates from End Slavery Tennessee, Thistle Farms, and the Nashville Anti-Human Trafficking Coalition provided immediate assistance to the women encountered during this operation.

Additionally, William Joy was charged with felon in possession of a handgun, cocaine possession, and gun possession during the commission of a felony.