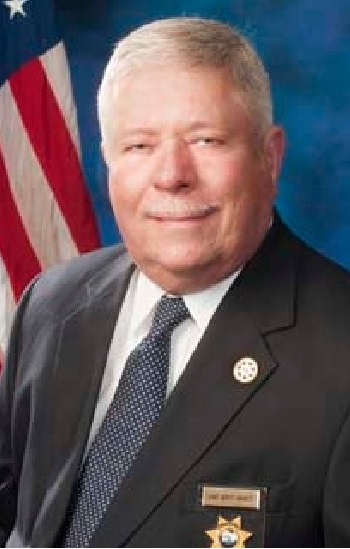 Garrett joined the Rutherford County Sheriffs Office in September, 2010 after retiring as Deputy Chief of the Murfreesboro Police Department.

Garrett started his law enforcement career at Watertown Police Department. He joined Murfreesboro Police July 1, 1976 as a patrol officer. He worked his way up the ranks in the Uniformed Patrol Division until becoming deputy chief of police in 2003.

Third In Command To Become Interim

The third in command at the local sheriffs office is Deputy Chief Keith Lowery. He will become the interim sheriff when Garrett retires.

County Commission To Select A Sheriff

The Rutherford County Commission is in the process of selecting a sheriff to serve Robert Arnold's unfinished term. That time frame is determined by the federal court trial in February 7, 2017. If he is found innocent, Arnold returns to office. In case he is found guilty, the commission appointed sheriff will serve to the end of Arnold's current term in office.

The county commission has been accepting applications, and they are expected to begin job interviews and may hire one at the January 12, 2017 Rutherford County Commission meeting.