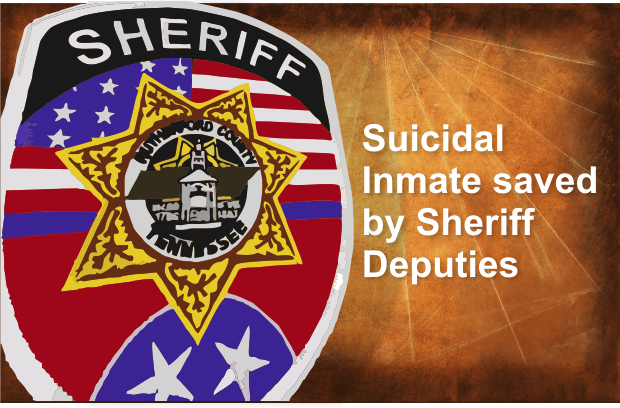 A near death suicide was prevented at the Rutherford County jail facility in Murfreesboro.

An alert detention officer doing rounds found him, began first responder aid and notified the medical staff of nurses who responded within two minutes of being notified.

The medical records showed the inmate apparently did not lose consciousness. The Crisis Response Team was notified and arranged an interview.

He was placed on suicide watch and is now No. 15 on the waiting list for in-patient services.