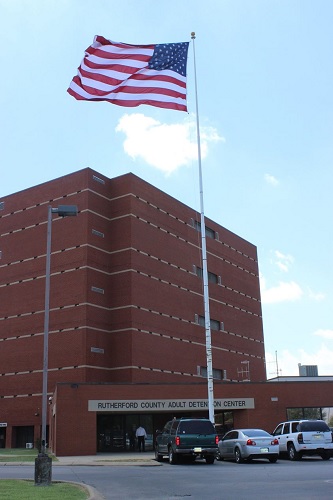 Because of the screen of contract tracing, about 50 inmates and staff underwent a mass screening at the Detention Center.

One inmate, who works in the kitchen, tested positive on a screen test for COVID-19.

He was placed in isolation and underwent an antibody test that was negative. He took a separate lab test and another nasal swab with results pending. He remains in isolation until the medical staff is sure of his status.

"He remains in isolation until we can be sure of his status," Dr. Rudd said. "Right now, we are using all precautions necessary in awaiting all results of the test. The inmate has no symptoms.

Addressing the kitchen status, Dr. Rudd said the vast majority of infections are transmitted person to person not contact exposure.

"The risk to anyone from food is very low," Dr. Rudd said.

The medical staff will continue to monitor the situation carefully.

"We are doing everything I know to be safe," Dr. Rudd said.

Deputy Chief Chris Fly said inmates in the kitchen wear gloves and hair nets. In addition, all kitchen workers are being issued single use masks daily.

The jail staff conducted additional sanitation above and beyond what they have done since the start of the pandemic.

"Even if the test comes back as conclusive negative, we will still quarantine the inmate for 14 days and release him upon the medical staff's recommendation," Fly said.