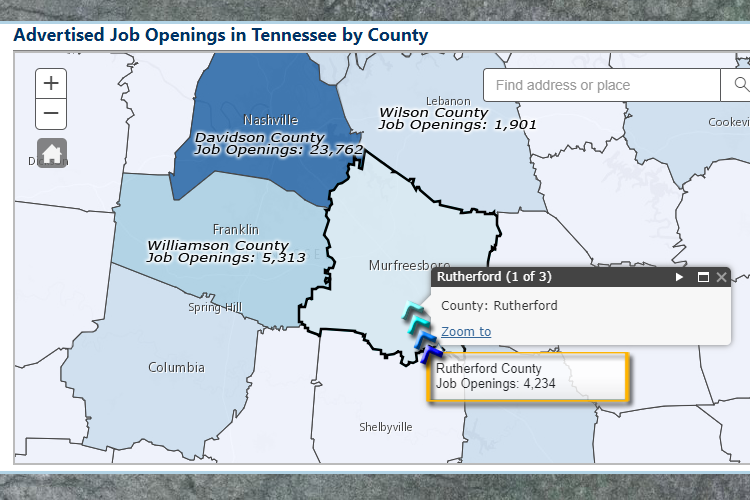 The seasonally adjusted rate for January mirrors the December 2018 unemployment rate of 3.3 percent, which was revised down 0.3 of a percentage point from the month's preliminary rate of 3.6 percent.

Tennessee has now had a statewide unemployment rate of 3.3 percent for the last four consecutive months.

The State of Tennessee Department of Labor and Workforce Development reports that 4,234 jobs are currently open in Rutherford County. The department statistics show that there are 8,490 potential job candidates for those job openings.

A large percentage of jobs available in the Murfreesboro area are in the medical field, food and restaurant fields, education and janitorial fields.

"Tennessee continues to experience a strong economy with record low unemployment," Governor Lee said. "It is our goal to build on this foundation with several initiatives outlined in this week's State of the State Address, including the GIVE Act which will help produce a highly-skilled, high-demand workforce in Tennessee."