"Jesus Christ Super Star" is BACK in Murfreesboro 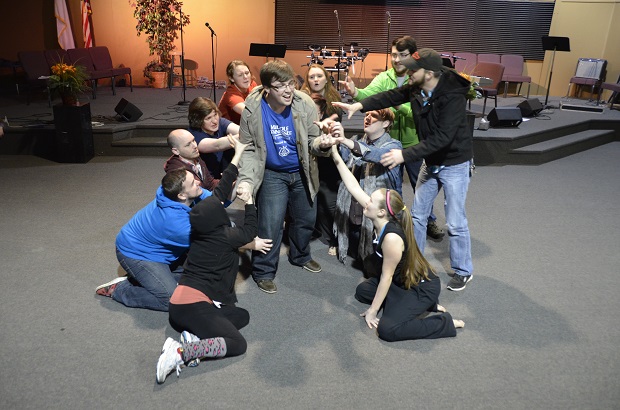 Last year’s production of Jesus Christ Superstar, one of the largest-grossing shows staged by The Center for the Arts in 2013, returns this Easter weekend with its principal cast and crew for a limited four-day run.

Jeff Clark, who serves as executive producer, is at the helm of Superstar’s return. The project is affiliated with The Center for the Arts, which is lending artistic and back-office support. Proceeds from ticket sales benefit the Center.

“The new venue is a familiar setting for so many Murfreesboro folks,” said Clark, a professor of computer information systems at MTSU, said of Central Magnet. “It evokes wonderful memories of great performances and personal triumphs.

“We think it’s a great place to plant a new tradition.”

For Clark, diagnosed with throat cancer before the show when into rehearsals, bringing Superstar back to Murfreesboro took on a greater importance.

“Many months ago, our director, Renee Robinson, and I decided to try and get the rights for this great show and attempt to make it a middle Tennessee Easter tradition. We were excited to discover that the cast of the 2013 edition shared our dreams.

“So off we went. A few months later, I was diagnosed with cancer on the base of my tongue. I was told that my long-term prognosis was good but that I should expect a really uncomfortable several months of chemo and radiation treatments.

“Well, they were right about the uncomfortable. I began treatment in October and I expect to be involved with my recovery in pretty demanding ways for another couple of months.”

Clark said Robinson and he were at the “go/no go” point with the show when he was diagnosed with cancer.

“Truthfully ‘go’ was the only alternative I seriously considered. I think it’s too good and too important of a show give up on easily. Our leadership team committed, our cast committed, and I committed and we are working together to bring a great Easter theater experience to middle Tennessee.”

Clark said he attends as many of the Superstar rehearsals as he can while balancing his therapy.

“Frankly, I’m pretty limited at what I can do right now. I have real physical limitations. But I can dream, encourage, hope, and pray and I’m very excited to be able to do that for Jesus Christ Superstar."