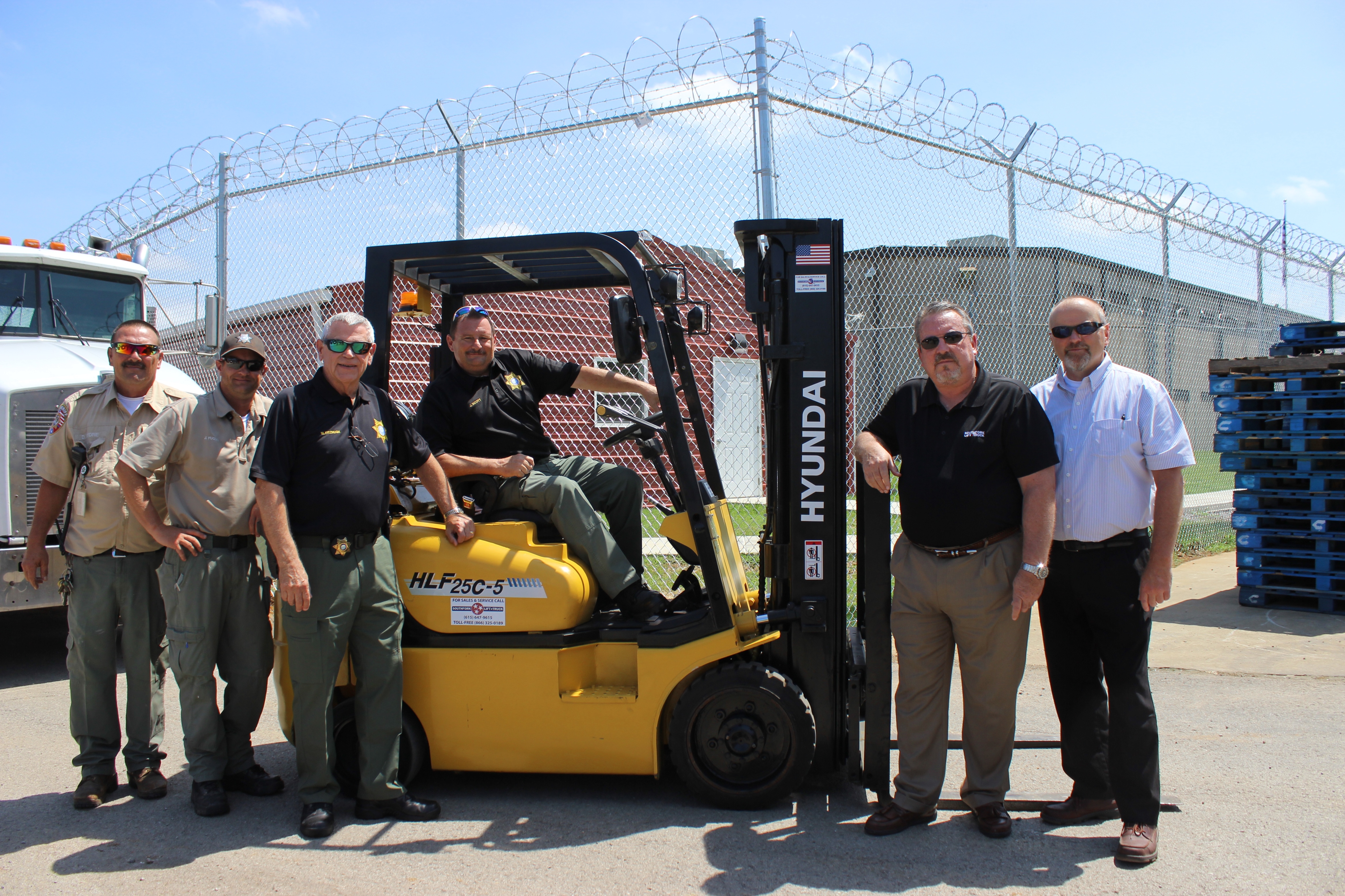 Job opportunities for inmates arrived in the form of a Hyundai forklift Friday at the Rutherford County Adult Detention Center.

Maintenance Sgt. Joe Scott said the forklift will be used to train inmates for jobs once they are released from the Adult Detention Center and perform maintenance tasks at the Rutherford County Sheriff's Office.

If inmates land a good job after release they are less likely to re-offend and return to jail, he said.

"A lot of these guys have lost hope," Scott said. "We want to give inmates hope and show them how to make a living."

Holliday said Scott explained his desire for training inmates by buying a forklift at a reduced price. Kelly and Holliday talked with Southfork's owners Ted Springer and his wife, CEO Annette Springer of Southfork Lift Truck Inc., and a certified member of the Women's Business Enterprise National Council, who endorsed the concept.

Southfork located a trade-in model with low use in good shape and refurbished the forklift.

"That was our contribution," Holliday said.

Technician Josh Sawyer, who helped prep the forklift, picked up the forklift in Birmingham and delivered it Friday at the Rutherford County Sheriff's Office.

Kelly said Southfork said the staff made sure the forklift ran well and were happy to help the project.

Inmates assigned as maintenance trusties who do repairs at the sheriff's office will be the first ones trained before extending the classes to other inmates.

"It's people like Southfork employees who are helping us achieve and bring to fruition on training and securing jobs for inmates coming out of our facility," Fitzhugh said. "Without business partners like Southfork, these programs would be near impossible to implement."

Scott said the detention staff coordinates with Project Second Chance and the Rutherford County Chamber of Commerce to train inmates in OSHA 10 certification and place the inmates in jobs on release.

Some former inmates are earning $14-$15 an hour with full benefits, Scott said.

Calsonic hired one trained former inmate who now has a full-time job and is supporting his wife and family, he said. A Calsonic representative described him as one of their best employees.

Former inmates released without a job or anything may become desperate and return to crime, Scott said.

The detention center programs such as the forklift training will allow inmates to earn a paycheck, support families, pay taxes and become better community citizens.

"It's all about these inmates who need a chance," Scott said. "It's going to allow us to do good things."