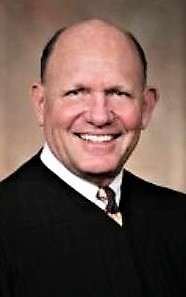 (MURFREESBORO) In a letter to Governor Bill Lee, Circuit Court Judge Royce Taylor notified him of intentions to retire effective March 2, 2020. Taylor has served the people of Rutherford and Cannon Counties in the 16th Judicial District for the past 21-years.

The judges "old school ethics" of service, honesty and dedication, reportedly was the reason that he gave a great amount of lead-time in notifying the governor of his plans.

In fact, it s unlikely that other judges will need to handle any of the cases on Judge Taylor's docket after his retirement date.

State law prescribes that where there is a vacancy, The Trial Court Vacancy Commission solicits applicants, conducts a public hearing and interviews, and selects three nominees for consideration by the governor.

Judge Taylor has dedicated his life to serving the public.

He served in the US Navy for 6-years as an underwater demolition SEAL team member. Taylor retired from the Naval Reserve with the rank of captain.

Taylor is a 1966 graduate of the U.S. Naval Academy in Annapolis, Maryland, and he earned a Doctor of Jurisprudence degreee in 1975 from the University of Tennessee. He practiced law here in Murfreesboro for 23-years, before being appointed to the bench in 1998.

Applying For the Position

For information on the requirements to apply for the Circuit Court Judge position as well as the actual form and waiver needed to apply, please CLICK HERE