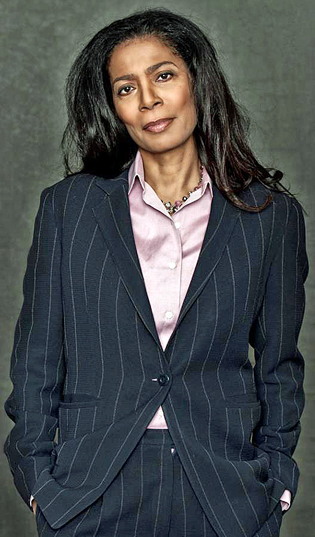 The woman who inspired the character of Olivia Pope on the ABC television series "Scandal" is coming to MTSU.

Crisis management expert Judy Smith will deliver the keynote address for the university's celebration of National Women's History Month at 6:45 p.m. Monday, March 28, in the Tennessee Room of the James Union Building.

Smith's resume includes service as associate counsel and deputy director of public information in the office of independent counsel Lawrence Walsh during the Iran-Contra scandal. She later served as an assistant U.S. attorney and was special counsel to the U.S. attorney in the District of Columbia.

In 1991, Smith was appointed special assistant and deputy press secretary to President George H.W. Bush. She later became senior vice president of corporate communications at NBC, where she served as the network's chief spokesperson for both domestic and international programming and for business ventures.

Billing herself as "The Fixer," Smith now owns and runs her own crisis management firm, Smith and Company, with offices in Washington, D.C., and Los Angeles.

Sponsors for her MTSU appearance are the Distinguished Lecture Fund, the Office of Institutional Equity and Compliance, Intercultural and Diversity Affairs, the June Anderson Center for Women and Nontraditional Students, the MTSU National Women's History Month Committee and the Department of Recording Industry.

There will be a question-and-answer session following Smith's address.