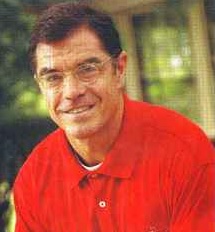 Former State Representative Kent Coleman passed away quietly at his home Thursday (4/28/2016) morning, surrounded by his family. The Murfreesboro attorney served in House District 49 as a Democrat between 2002 and 2010. A memorial service will be 3:00 o'clock Saturday afternoon at Murfreesboro's First Presbyterian Church at the corner of College and Spring Streets.

He died of issues related to cystic fibrosis, a disease he had fought most of his life. In fact, during his youth, doctors felt Kent would not live beyond his 21st birthday.

He and his wife Cecil were active members of Murfreesboro First Presbyterian Church, where Kent served as a ruling elder. They have two married daughters and four grandchildren (see below).

Kent was born on November 3, 1954 in Smryna, Tennessee. He attended Smyrna High School, received his BA in Economics and Business from Vanderbilt University '77, and received his Doctorate of Jurisprudence from Nashville School of Law '83.

Kent practiced law in Rutherford County for over thirty years and he dedicated his career to serving others. In addition to being a highly respected attorney, Kent served as State Representative for the 103rd, 104th, 105th and 106th General Assemblies. During his eight years in the House of Representatives, he served as chairman of the House Judiciary Committee, and also served as a member of the Finance, Ways and Means Committee, and Calendar and Rules Committee. Kent served on the Tennessee Judicial Council from 2007-2010 and was currently serving the state of Tennessee as a registry member of the Bureau of Ethics and Campaign Finance.

He was a valuable contributor to many civic, professional and charitable organizations.

Coleman served on the board of Middle Tennessee State University Foundation, board of Christy Houston Foundation and he was a past president of United Way of Rutherford and Murfreesboro American Cancer Society.

As part of his career he was instrumental in the development of Rutherford County's business community, such as being a founder and director of First City Bank, board of Calvary Bank and currently serving on the board of Southern Bank of Tennessee. Kent also served as a member of the Cystic Fibrosis Board of Directors for many years, a cause near and dear to both he and Cecil.

He was preceded in death by his parents Earl Rather and Mildred Harris Coleman.

In lieu of flowers, the family asks that memorials be made to: