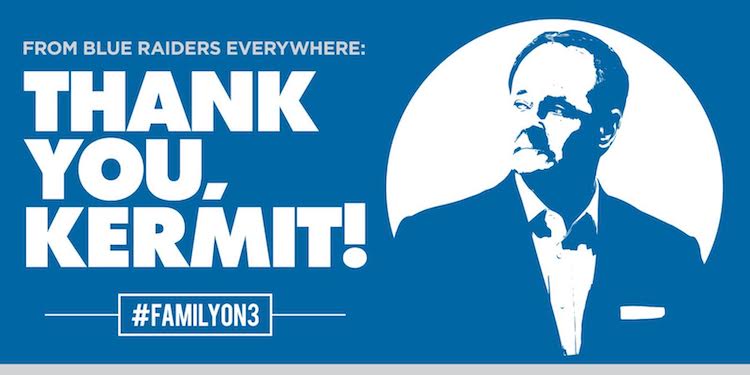 The Kermit Davis era at Middle Tennessee came to an end with an 84-68 loss at Louisville in the second round of the NIT.

Middle Tennessee had to play much of the second quarter without Nick King and Brandon Walters, which allowed the Cardinals to outscore the Raiders 26-10. While MT pulled within single digits in the second half, Louisville had an answer.

Coach Kermit Davis, in his postgame comments with Chip Walters after the game, said the future of Middle Tennessee basketball is bright:

Davis said a lot of people made his 16-years at the helm of the Blue Raiders successful and he'll always think upon Murfreesboro with high favor:

Davis leaves Middle Tennessee as the all time winningest coach in program history with a record of 332-188. He'll be introduced in Oxford, Mississippi, Monday as the new head coach of Ole Miss.