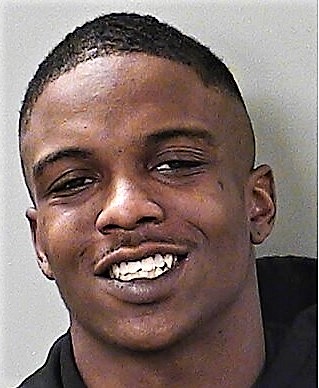 A suspect in a Murfreesboro homicide has been arrested in Shelbyville. 22-year old Quandre Knowles was taken into custody after being on-the-run for about a month.

Reports indicate that the TBI, US Marshals along with Shelbyville Police and Bedford County Sheriffs deputies arrested Knowles on August 28, 2019. He was on the TBI's 10 Most Wanted list.

As you recall from earlier WGNS' newscasts, around 11:30PM Friday night, June 21, 2019, Murfreesboro Police Officers were dispatched to an apartment complex located at 1400 Manor Street in reference to a disturbance between a group of people. Police were advised one of the individuals, who was reportedly intoxicated, had already left the area.

25-year old Daicori Saunders was later found lying on the ground in the 1300 block of Eagle Street. He was pronounced deceased on the scene.

A few weeks ago, the TBI that a $2,500 reward for information that leads to the arrests of 22-year old Quandre Knowles and 29year old Delarrious Crawford in regards to the murder of Saunders.

Again, Quandre Knowles was captured on August 28 in Shelbyville and is now in custody.

Police warn that public that Crawford should be considered armed and dangerous.