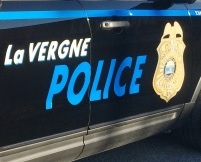 Though calls for service are up, the crime rate itself has dropped in La Vergne this year.

La Vergne Police Chief Mike Walker says, "When we look at our reported crimes for the first six months of the calendar year (Jan-Jun 2016 vs 2017), crimes are down 38.9%! This is a decrease of 992 reported crimes."

So why has crime dropped, while calls for service have increased? "Calls for service" include any request for an Officer, as well as any Officer-initiated call. Incident reports are not always crime related. "I am very proud to see the decrease in crime. We strive on a daily basis to make this city safer," said Chief Walker. He credits the decrease to aggressive and targeted patrols, data-driven patrols, and the hard working men and women on his team." He also credits watchful citizens who are "always alerting police when they see something suspicious."

Recently, the Board of Mayor and Aldermen approved the budget for Fiscal Year 2017-2018, which included an additional 3 new police officer positions. If you are interested in joining La Vergne Police Department, go to the city's website at www.lavergnetn.gov.