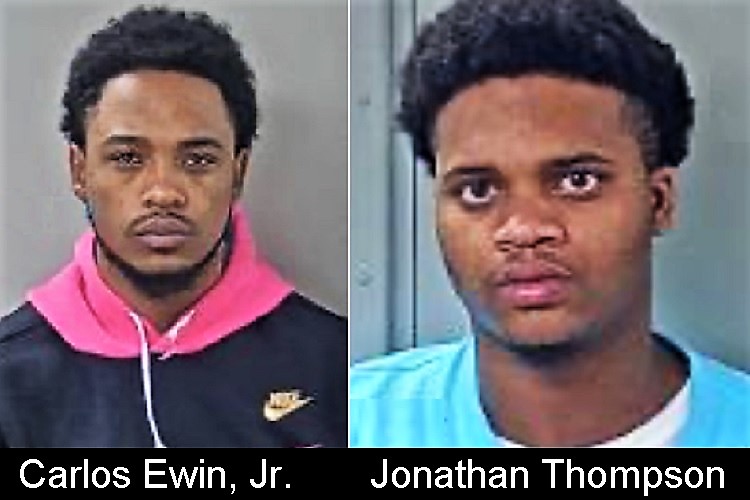 (LA VERGNE, TN) A driver who led police on a pursuit around 6:30 Thanksgiving night (11/28/2019) had to be tased before officers could take him into custody. When officers returned to the scene the next day, they recovered a gun that was later determined to be stolen.

The incident involving a white Nissan started on Waldron Road. The suspect pulled over, and when the officer stepped out of the patrol car--the driver fled the scene and headed East.

Another officer attempted to use spike stripes, but was unsuccessful.

The pursuit continued as driver turned on to Old Nashville Highway. When the driver attempted to turn on to Merritt Drive, he slid and hit the side of a bystanders vehicle. The driver continued down old Merritt Drive, turning on Sanders Drive and then onto Mason Road. Once on Mason Road the driver crashed the vehicle in a ditch.

Both the driver and the passenger exited the vehicle and fled on foot. An officer was able to quickly locate the driver who was tased before being taken into custody.

A man matching the description of the passenger was spotted nearby. Officers brought the man to the scene and positively identified him as the passenger of the vehicle before taking him into custody.

On Friday (11/29/2019) morning officers returned to the scene of the crash where they located a 9-millimeter handgun that reported stolen from Goodlettsville.

The driver of the vehicle is identified as 22-year old Carlos Ewin, Jr. He was booked at the Rutherford County Sheriff's office and faces 11 charges stemming from the pursuit and crash, resisting arrest, evading arrest, evading arrest (motor vehicle), leaving the scene of an accident with property damage, unlawful drug paraphernalia, criminal impersonation, simple possession/casual exchange, reckless endangerment, driving on revoked 1st offense, failure to give immediate notice on accident. Ewin also has four warrants from Smyrna for failure to appear.

The passenger was identified as 21-year old Jonathan Thompson. He was booked at the Rutherford CountyAdult Detention Center and charged with evading arrest.

DISCLAIMER: All suspects are presumed innocent until proven guilty in a court of law. The arrest records or information about an arrest or seeking identity of a suspect/person of interest that are published or reported on NewsRadio WGNS and WGNSRadio.com are not an indication of guilt or evidence that an actual crime has been committed.