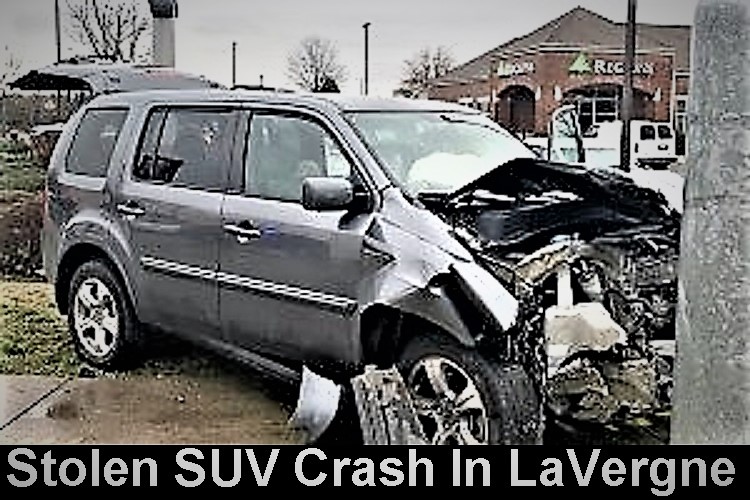 (La Vergne, TN) Three teenagers are under arrest after leading police on brief chase around 9:30 Friday (1/3/2020) morning in a stolen Honda Pilot. They collided with another vehicle and fled on foot, but were quickly apprehended.

Officers located the SUV around 9:30 Friday morning on East Nir Shriebmen. The driver led police on a brief chase before crashing into another vehicle at the intersection of Waldron Road and Murfreesboro Road. The three occupants fled on foot, but were quickly taken into custody.

There were minor injuries to the three occupants in the other vehicle.

The grey Honda Pilot was reported stolen about 45-minutes earlier on Bill Stewart Boulevard when the driver saw two male suspects in her car. The vehicle's owner started the vehicle and went back inside the home. When she saw what was happening, the woman ran to the car window when one of them produced a handgun and pointed it at her. They fled the scene in her grey Honda Pilot.

Agan, quick work by La Vergne Police had the offenders off the streets.