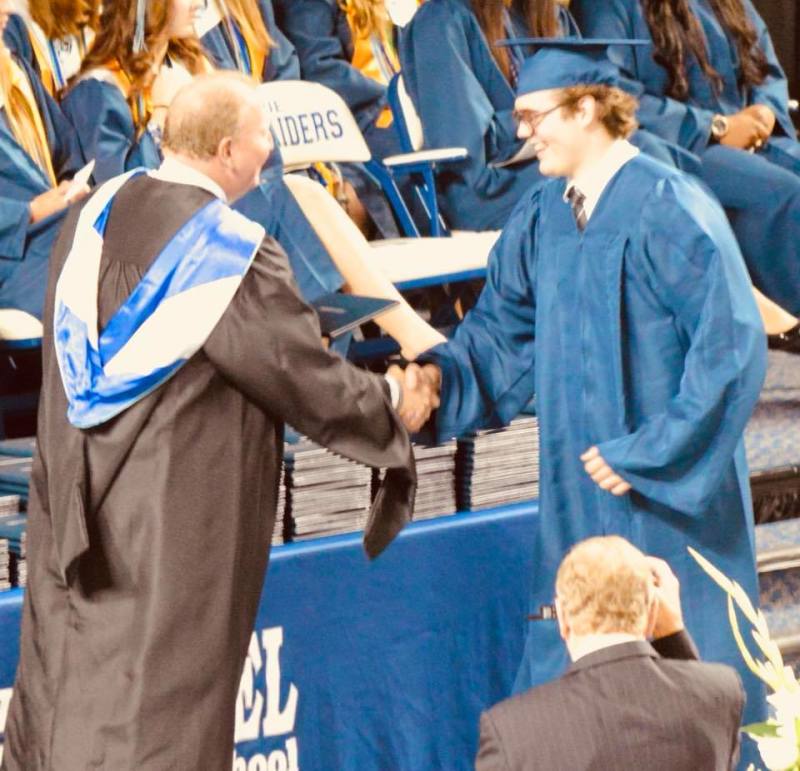 Representative Bryan Terry, MD (R-Murfreesboro) and State Senator Jim Tracy (R-Shelbyville) announced the "Blood, Sweat, and Tears Tuition Act", a measure to allow certain individuals to receive "at-cost" tuition at Tennessee public universities. It is believed to be a landmark piece of legislation that has not been offered in any other state in the Union.

The bill, as described by Rep. Terry, would call for our public institutions to set an "at-cost" rate for tuition at a point in which taxpayers do not subsidize tuition. "Currently, in-state tuition is subsidized anywhere from 25-75% by the taxpayer and out-of-state tuition rates are often at a price point where Tennessee is uninviting to those who have shed blood, sweat, or tears for Tennessee," stated Rep. Terry. "While I don't believe taxpayers should subsidize these individuals, by inviting those who have invested part of their livelihood to our state with an at-cost tuition, these individuals can help make a further positive impact on our great state."

As an example, during his research on the bill, Rep. Terry said that he found that universities may charge an in-state tuition rate of around $800 for three credit hours, and out-of-state tuition may exceed $2800 for those same hours. However, the average at-cost of the tuition for the university may be $1800. That amount is not subsidized by taxpayers and is a price point in which these eligible students, if enrolled, could help offset some of the costs for Tennesseans and spur the local economies.

Senator Tracy commented, "Those veterans of the military that have bled for our state or children of those currently serving that are not otherwise granted in-state tuition would be allowed to pay at-cost tuition as opposed to being forced to pay out-of-state tuition. It is a sacrifice to Tennessee that makes sense to address in this capacity."

The bill would allow those individuals or children of those that have put a certain amount of sweat equity into Tennessee via investments of individual stocks, business ownership, or property to be eligible for at-cost tuition as long as they keep those investments during their college career. "We would like to encourage investment into Tennessee. Tennessee is a great place to raise a family, run a business, and invest your hard earned dollars," stated Senator Tracy. "By investing sweat equity into Tennessee, we believe those contributions should hold value in our education system," echoed Rep. Terry.

The final portion of the act which is "tears", refers to the Trail of Tears, and would allow any member of a federally recognized Native American tribe be eligible for at-cost tuition. As a member of the Choctaw Nation of Oklahoma and the only member of the Tennessee General Assembly who is a member of a federally recognized tribe, Rep. Terry says that he is very passionate about this legislation. "Andrew Jackson signed the Indian Removal Act of 1830, and Choctaws were the first tribe removed from the southeast in 1831. There are less than 20,000 Native Americans in Tennessee. A few years ago, Tennessee passed a resolution of regret for the part we played in the Trail of Tears. I'm not asking for a dime of taxpayer money. I'm just proposing that we invite Native Americans back with this bill," expressed an impassioned Rep. Terry.

The bill would not prevent those individuals from receiving in-state tuition if they are otherwise eligible. Senator Tracy stated that they are still working on all the minor details of the bill before it will be heard in committee, as it is currently a caption bill. They stated that they have received positive feedback including from the Tennessee Native American Indian Association and MTSU's Native American Student Association. They look forward to passing this landmark legislation.