Legislation to Require Body Cameras for Police Being Considered 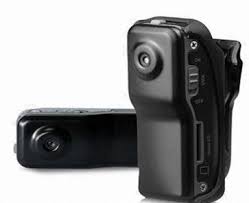 All Tennessee law enforcement officers will have to wear wide angle body cameras if a bill in the Tennessee General Assembly passes.

Officers are concerned that passing the bill into law without clear policies on when and how the cameras are used could create privacy concerns for the public.

"State law says we have to check on every person in a house when there's domestic issue," Nashville Fraternal Order of Police President Sgt. Danny Hale said. "What if I am standing at the door and the person says they don't want to be videoed. Then we are in a catch-22."

Sen. Kyle said privacy issues would be one of the things discussed in the subcommittee as part of the bill.
The bill also states that any video found to not show criminal activity would not be made public and other evidence based video would only be available to the public after the case is completed.

The proposed bill would not require the department to buy the cameras unless there was grant money.
At the national level, President Barack Obama has pledged more than $260 million to match state funds and outfit 50,000 officers with body cameras.

The move would require congressional approval.

If the Tennessee version passes both chambers and is signed by the governor, it would take effect on January 1st 2016.