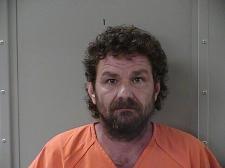 A 44-year old Lewisburg man has been arrested by Murfreesboro Police, charged with rape.

The Murfeesboro Police Special Victims Unit was called to St. Thomas Rutherford Hospital last Thursday (June 8) in regards to an alleged rape. The victim reported Jerry Winfrey came to her residence earlier in the morning and wanted to have sex. The case was then turned over to Murfeesboro Detective Tommy Roberts.

The victim said no several times, according to the report on file at the MPD. She then claims Winfrey said "we can do this the easy way or the hard way." Detective Roberts reports the victim stated that Winfrey forcibly removed her pants and undergarments and raped the her.

Winfrey was picked up by Marshall County Sheriff's deputies last Thursday and taken to the Murfreesboro Police Department for an interview.

Detective Sgt. Wayne Lawson and Detective Roberts suggested in an arrest report that based on evidence, Winfrey was arrested and taken to the Rutherford County Adult Detention Center. Bond was set at 80-thousand dollars.

A preliminary hearing will take place on June 20, 2017 before the honorable Judge Barry Tidwell at 2pm.