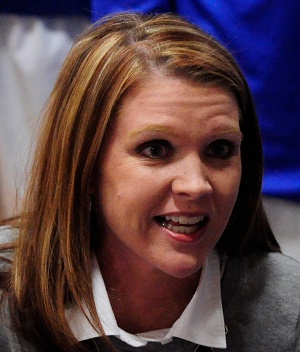 Lindy King is the new girls head coach at Stewarts Creek. The state champion coach from Martin Luther King in Nashville will replace the school's first head coach, Jessica Jackson. She was chosen to replace two-time defending state champion coach Chad Hibdon at Blackman. He left for Truett-McConnell College a couple of months ago. King's MLK team won the 2015 Class Double-A State Championship. She lives in Smyrna and was looking for an opportunity closer to her home. She's the fourth new girls coach in District 7-AAA.