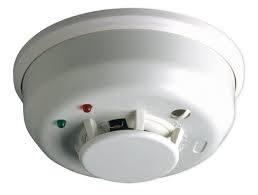 To commemorate the 100th smoke alarm canvass through the lifesaving "Get Alarmed, Tennessee!" program, the Tennessee State Fire Marshal's Office (SFMO) will coordinate volunteers from four agencies who will attempt to install 1,000 free smoke alarms in a day's time in Middle Tennessee communities on Saturday, Dec. 1, 2018.

The canvass is being held ahead of the first day of winter (Dec. 21) in order to raise awareness about the increased frequency and deadliness of winter fires. State fire data shows that Tennessee saw a 24% increase in structure fires and a 74% increase in fire deaths during the months of November through February last year. Working smoke alarms are crucial to providing an early warning to residents that danger is present. According to the National Fire Protection Association, 3 out of every 5 fire deaths occur in homes with no smoke alarms or no working smoke alarms.

WHAT: "Get Alarmed, Tennessee" smoke alarm installation. Volunteers are asked to dress in neat, but comfortable fashion. "Get Alarmed Volunteer" orange emergency vests will be used for identification purposes.

WHERE: Volunteers will be meeting in separate locations in Nashville, Murfreesboro, and Hendersonville. Volunteers interested in participating in the canvass event should contact their local, participating fire department. State and local officials will meet at Murfreesboro Fire Department Headquarters (202 E. Vine St, Murfreesboro, TN) and be available to members of the media. Members of the media interested in attending are asked to please contact TDCI Communications Director Kevin Walters at (615) 253-8941 for more details.

For more information about the "Get Alarmed, Tennessee" program, visit tn.gov/fire.

To check a license of a professional regulated by the Department, go to http://verify.tn.gov/.