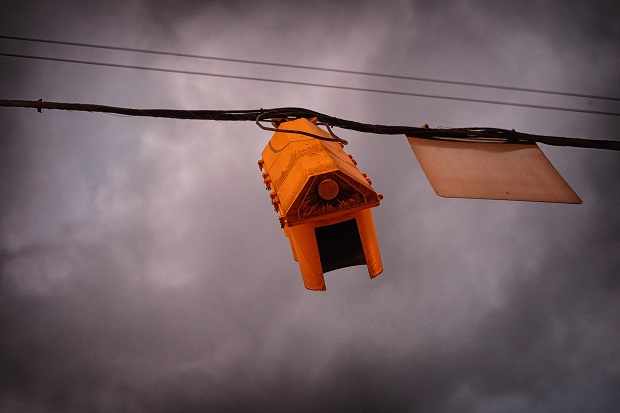 A group known as C.A.P.E. or Murfreesboro Citizens Against Photo Enforcement, is speaking out about red light cameras after an opinion was released by the Tennessee Attorney General. Below is the groups most recent statement:

In response to the opinion issued by Tennessee Attorney General Herbert H. Slatery, III, the co­founders of C.A.P.E. are issuing the following statements. C.A.P.E. has opposed photo enforcement since 2013, and worked tirelessly to educate the general public and elected officials.

"We are not surprised by the opinion issued by the Attorney General. Long before Rep. Andy Holt sought an opinion, activists with C.A.P.E. warned elected officials, including Murfreesboro City Council during public hearings*, that only POST­ certified law enforcement officers could review footage from red light cameras," says Axl David, C.A.P.E. co­founder.

"Photo enforcement programs in Tennessee have always operated in the fringes of state law, and this opinion demonstrates that police departments and city officials were willing to blatantly break the law to ensure an uninterrupted cash flow at the risk of damaging their own integrity under the guise of public safety," David continued, "The programs were sold to the public as a 'violator funded program', and now with class action lawsuits inevitable, it really gives that phrase a new meaning. We have opposed these programs from the start. When a for­profit corporation partners with law enforcement to incentivize criminal activity, it should come as no surprise when they run afoul of state law and commonly accepted crash reduction practices."

Jacob Bogle, the other co­founder, states: "This has been a long three­year battle. The Attorney General has validated those concerns and made it abundantly clear that the red­light camera system operated by the likes of ATS and others, violate state law,"

Bogle continues, "While our endeavor to put an end to these cameras isn't over, the door is now wide open for justice. Thousands of citizens have been lied to, harassed, and threatened by both out­ of ­state corporations and their local governments, all in the name of 'safety' while the truth was more about income."

Meanwhile, the City of Murfreesboro stands by their cameras:

Red light running is down in the City of Murfreesboro and has been on the decrease since the red light cameras were first installed about 8 years ago.

Some still question that if they receive a ticket in the mail for running a red light, do they really have to pay it?

In 2007 there were 1,692 crashes at signalized intersections in Murfreesboro. In 2015, despite a rise in the population and the growing number of traffic signals, the number of crashes at intersections were down to 1,064 crashes.